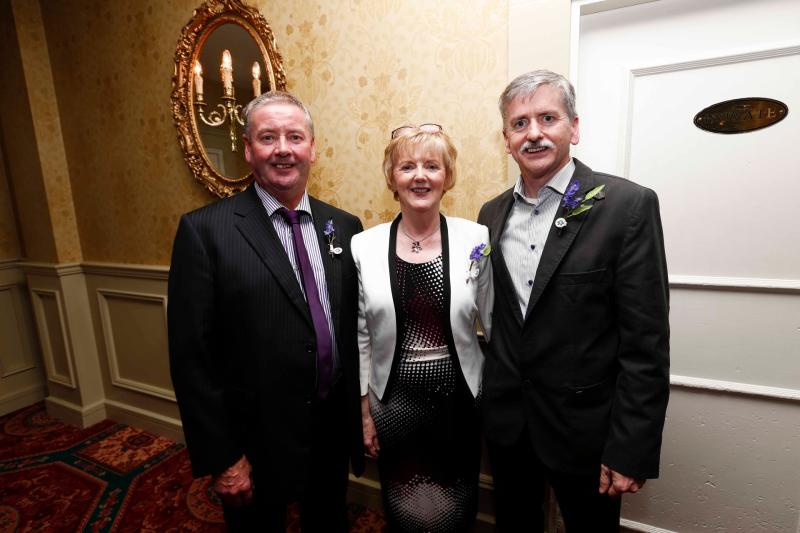 This week, April 23 to April 30, is Organ Donor Awareness Week, which is organised by the Irish Kidney Association (IKA) in association with Organ Donation Transplant Ireland (ODTI).

The key message to the public for the campaign is to ‘Share Your Wishes’ as organ donation saves and transforms lives.

“The ripple effect of active citizenship in your decision to say YES to organ donation is an amazing legacy to gift to the recipients, their families, your own family, and society at large,” said Carol Moore, Chief Executive of the Irish Kidney Association.

Minister for Health Stephen Donnelly last week announced that additional funding of over €1 million has been allocated to transplant services this year which he said would further develop infrastructure and equipment needed to meet demands following the introduction of the opt out system for organ donation as part of the Human Tissue Bill.

For more information on organ donation, visit: ika.ie/get-a-donor-card, contact the Irish Kidney Association on 016205306 or Free text the word DONOR to 50050.

It was thirty-eight years ago when two brothers in a large Roscommon family of nine siblings underwent a living donor kidney transplant.

Pauric Brehon is still enjoying good health and the successful longevity of the donor kidney he received from his youngest brother Liam who was just 22-years-old at the time. Liam, who is now 60-years-old, is also in good health.

The family dedicate this article to Pauric’s son Cormac who passed away in late 2021 as they treasure one of his notable achievements as a child, a prize-winning essay about his father’s health journey!

Pauric and Liam’s successful living donor kidney transplant operations took place at the old Jervis Street Hospital in Dublin on July 17, 1984. This momentous event followed a frustrating delay for the brothers with the temporary closure of the kidney transplant programme.

The two brothers did media interviews, including with RTÉ TV’s Today Tonight, about the uncertainty of when their transplant operations would proceed.

Pauric had previously received two kidney transplants from deceased donors, a year apart, but unfortunately, he suffered rejection with both donor kidneys. This created a high build-up of antibodies greatly reducing the prospect of a successful outcome if another deceased donor kidney was found.

Fortunately, the hiatus was short-lived, the transplant programme resumed paving the way for the Brehon brothers’ living donor kidney transplant to proceed. Pauric, the second youngest in the family of eight surviving brothers and one sister, had been diagnosed with kidney disease when he was 15-years-old. His condition quickly progressed to end stage kidney failure.

Following two unsuccessful kidney transplants from deceased donors, his youngest brother Liam came to the rescue. While Pauric’s other siblings were disappointed that they were not suitable kidney donors for their ailing brother, Liam was waiting in the wings until he came of age and was deemed to be a perfect match.

Their sister Ann Nolan, a nurse with GP service Midoc, who is living in Lanesborough, County Longford with her husband Paddy, recounts the impact of Pauric’s health journey on the family including his late son Cormac.

Ann remembers her brother Pauric’s health struggles and his joy when he married his childhood sweetheart Siobhan Cattigan in 1986, two years post-transplant.

Well before they wed in the early eighties, the couple’s desire to support other patients in kidney failure drove them to helping establish the Roscommon branch of the Irish Kidney Association.

They welcomed their son Cormac into the world in 1991. Ann describes her late nephew Cormac as being ‘a miracle baby’ due to the many years his parents longed for his arrival.

Four years after coming to the rescue of his brother, kidney donor Liam married Peig Donnelly, also from Roscommon, in 1989. Since then, they have lived in Dublin. They were blessed with one son, Niall, who is now 30.

Cormac was to be Siobhan and Pauric’s only child, but tragedy visited last year when he passed away suddenly at the young age of 29.

While heartbroken, his parents treasure the memories of Cormac’s childhood including him winning a prize for his written account of his father’s struggle with kidney disease and the joy of his successful transplant.

Ann describes how Cormac’s parents were bursting with pride when, at the age of eleven and in 5th class, they travelled with him to Boyle, in Roscommon to witness Cormac receive his accolade for winning the ‘Junior Writer of the Year’ title by the Roscommon Herald.

The winning essay ‘Your Health Is Your Wealth’ was written by Cormac while in the classroom, without any coaching from his family, as he wrote about what he had heard about the trials and tribulations of his father’s kidney failure journey.

It demonstrated that despite his young years, Cormac was a good listener and had a deep awareness and understanding of the impact of kidney and organ failure.

His empathy shone through in his essay as he remembered the two deceased donors who “had to lose their lives in order to donate their kidneys. Also, no money could compensate their families for their loss”.

In his writing he displayed a deep sense of gratitude for his father’s ‘gift of life’ and also a sense of humour as his essay concluded, “My Dad’s Health is my Wealth because only for my uncle I may not have been born and what a sorry place the world would be without me. The moral of the story is Health really is ones Wealth”.

Health is Wealth: This is a True Story

When my father was born, he was the second youngest of seven brothers (one who died around three months after he was born) and one sister. He went to Curraghroe NS which is closed down now.

He played in backs for the school team. He went to secondary school in Lanesboro, but he got very sick. His brother told his teachers he was very sick. He had kidney problems.

His friends knew he would not be coming back to school after visiting several times and the teachers, staff and Principal knew it as well.

After a few years he was back on his feet. But his problems weren’t over yet.

Dad started to get worse but this time it was a lot worse than before, almost fatal. His kidneys got worse.

He spent some weeks in hospital in Dublin. The doctors explained to him and Beatrice and Pat, his parents, what lay ahead for dad. They told him that his kidneys no longer functioned properly, and he would have to go on dialysis three times weekly to cleanse out his blood.

This meant he had to travel to Dublin three times weekly just to keep his body alive. After some time, he was put on a transplant waiting list. So, he had to be patient and wait for the call.

This came unexpectedly in the middle of the night in March 1980 when Gardaí called to the house and said a kidney was available in Jervis St Hospital and to get there as soon as possible, which he did, but alas it was not to be.

Things were not looking good for Dad. His family had all been tested to see if they were suitable to donate a kidney, but the news was not good on that front.

His youngest brother had not been tested but he decided nothing ventured nothing gained. His brother’s test proved that he was an identical match for Dad. It was up to his brother to decide whether or not to donate the kidney as there is a risk to every operation, but his brother decided he could give Dad the ‘gift of life’.

Dad and his brother appeared on Today Tonight to highlight the problems of kidney patients.

The operation went ahead, and all was successful and eighteen years down the line I am here to tell Dad’s story.

My Dad is very grateful to the first two donors who had to lose their lives in order to donate their kidneys. Also, no money could compensate their families for their loss.

As my Dad says, if I won the Lotto in the morning My Health is still my Wealth. My Dad’s Health is my Wealth because only for my uncle I may not have been born and what a sorry place the world would be without me.

The moral of the story is Health really is one’s Wealth.