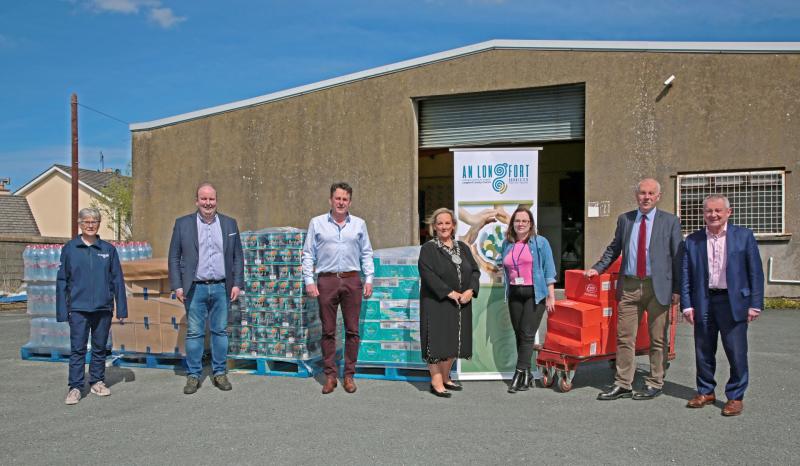 Longford County Council will raise the Ukrainian national flag and light up Aras an Chontae to show solidarity with Ukraine.

The Council also provided funding for pallets of non-perishable goods, along with its Elected Members who individually contributed to the cost of the aid.

A man had to be restrained with pepper spray after threatening a garda's family during a violent incident in Ballymahon last year, a court has heard.

This aid made its way to Ukraine together with other goods donated by Longford communities and coordinated by County Longford Public Participation Network and Longford Civil Defence.

The Longford pallets were transported to Ukraine by Longford company Protrans on Friday, April 22.

This demonstration of unanimous support for the citizens of Ukraine was agreed by the elected members at the March meeting of Longford County Council following contributions by Cathaoirleach, Cllr Peggy Nolan and the heads of the political parties.

A Longford Garda who was the subject of false accusations over the shooting of dog has won his High Court challenge against the Commissioner's refusal to backdate his promotion to rank of inspector.

Cllr Colin Dalton coordinated the pallets in conjunction with McCarrick’s Cash and Carry in Longford Town.