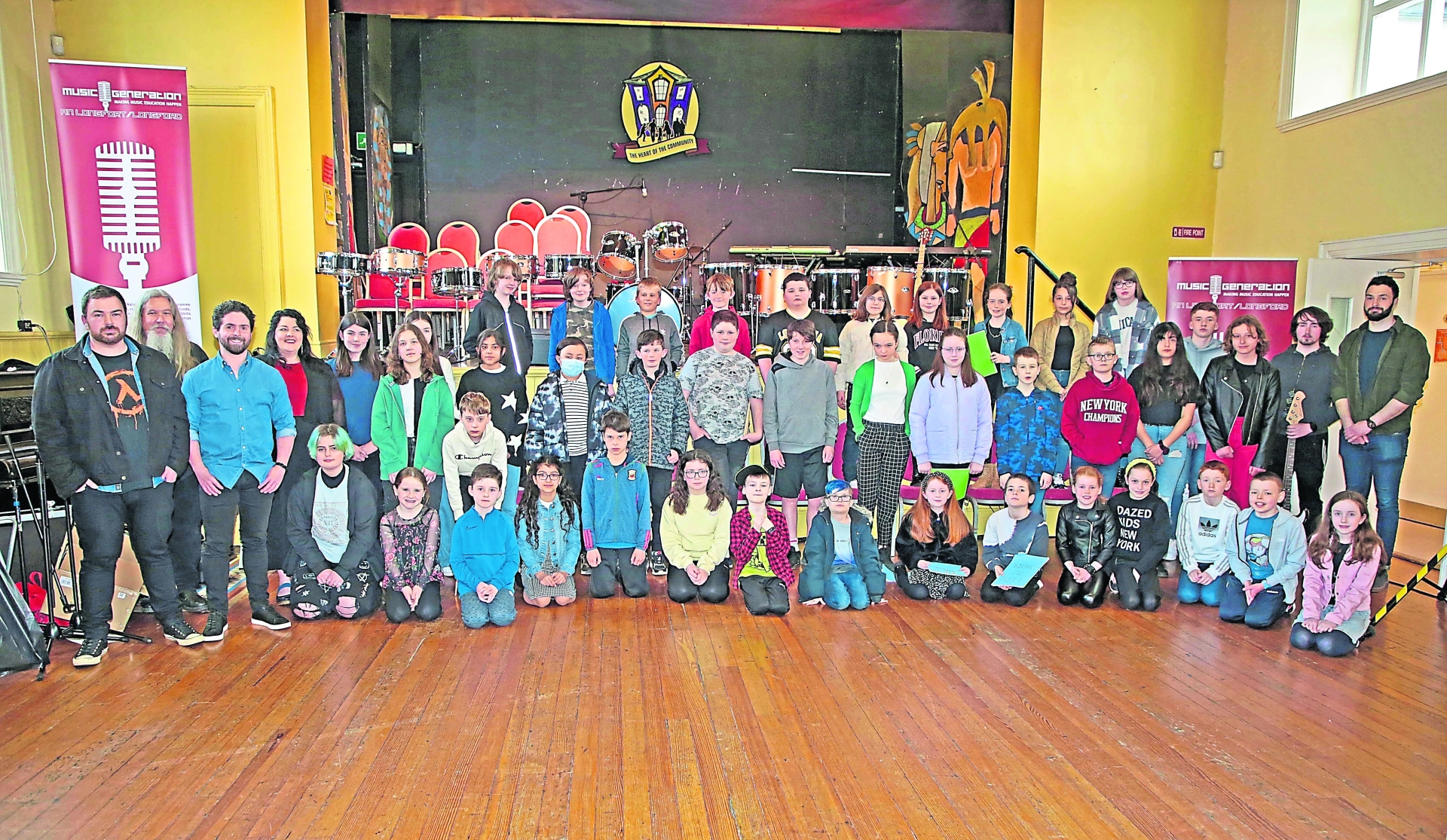 It was a fine return to stage for these young rockers who had missed performing with their friends over the last two years. Over two hours, the sold-out Temperance Hall was blasted with popular, rock songs from the School of Rock ensemble and the bands.

The School of Rock drummers opened the show with an original composition which set the tone for the night.

This was followed by the School of Rock ensemble working seamlessly with singers, guitar players, bassists, ukulele players, drummers and keyboard players coming together to play a medley of their favourite music.

Up next were the bands, all playing two songs each. The bands comprised of Former Gifted Kids, Error 505, Deception, Blue Night, Discombobulated, Memory Error, Nvr Th Lss; all encouraged to know that once Thin Lizzy graced the same stage.

They did not disappoint, each band proving how much hard work they have put in since returning to School of Rock in September.

Speaking about the return to performing with friends, guitarist Patrick Lane said “I noticed that you can’t learn by yourself, it’s great sitting at home playing guitar but even coming out once a week on a Saturday, it’s more enjoyable. You’re with your friends, you all have a common interest and you can make some good sounding noise.”

“It has been a really busy academic year for Music Generation Longford with all of our music hubs across the county,” she said.

“In particular, the School of Rock has had an incredible revival and we were delighted to welcome familiar and new faces back after such a long break during the Pandemic.

“We strive for fun, music performances and this show in the Temperance Hall marks a return to that for these young people.

“I would sincerely like to thank each of them for their dedication and focus and I would like to thank our Music Educators for guiding these musicians each week.

“Most importantly, a massive thank you to the parents and guardians for being the constant support act in every way.”

They believe that playing music instruments and singing with other people (ensemble) is the best way to learn music and gain confidence to perform live.

It also helps children and teenagers to meet other people who like music, gain personal confidence, social skills, and problem solving skills.

The Music Educators are local musicians who are passionate about playing live music and are interested in passing on their skill to the next generation of young musicians. Music Generation Longford is locally funded by LWETB, Longford County Council and Creative Ireland Longford.