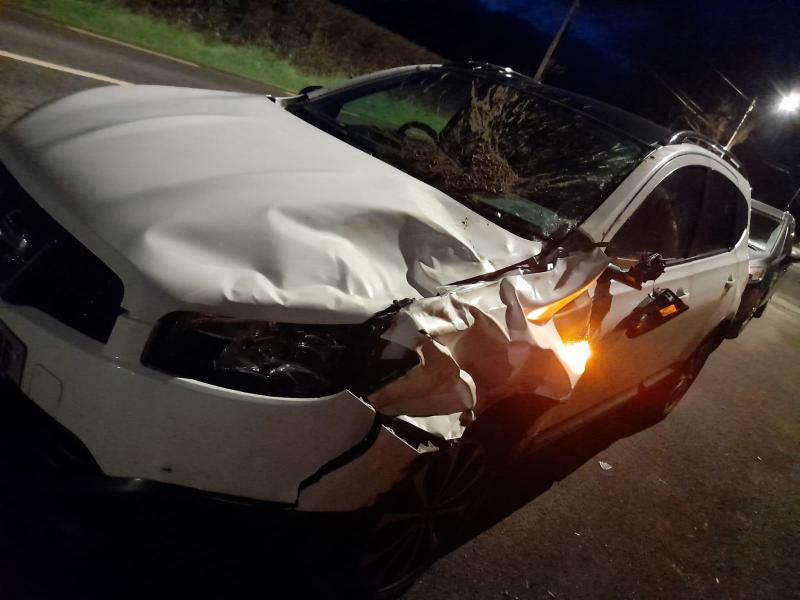 Gardaí are currently investigating a road traffic collision where a vehicle struck a cow in the Creevaghbeg area of Ballymahon.

The incident occurred at approximately 5.20am on Thursday, April 7. Gardaí have said no persons were seriously injured during the course of the collision. The injured cow was removed to a secure location.

The driver of the car had dropped his wife off at work at 5am on Thursday morning and was returning home when a large black cow appeared on the road ahead of him.

He has since attended at Midoc and was referred to Mullingar Hospital for an x-ray. The car was badly damaged during the collision.