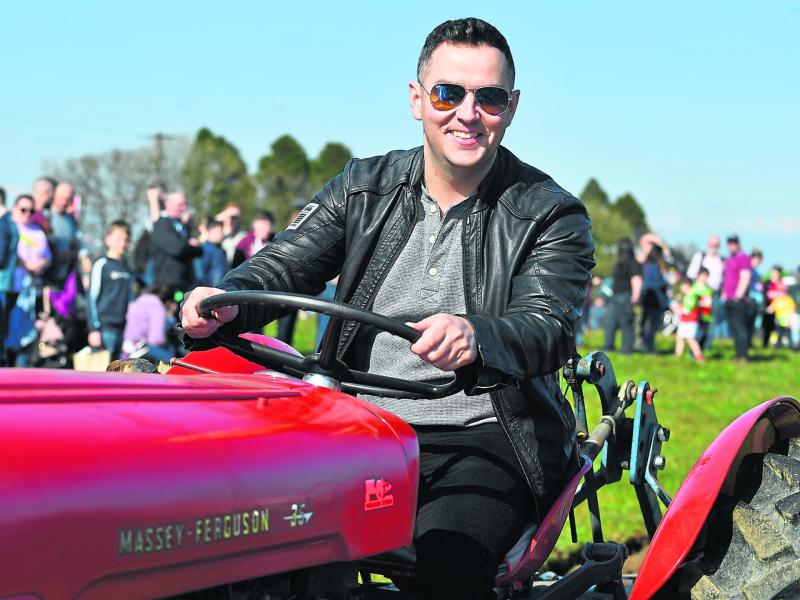 Crowds from right across the county descended on north Longford last Sunday as the 86th annual ploughing championships made its long-awaited return amid glorious sunshine.

It was the first time agricultural enthusiasts had the chance to bask in the rustic surrounds of a county finals match since the onset of coronavirus restrictions two years earlier.

From celebrity ploughing to tractor balancing, live entertainment and a wealth of high end machinery on display, you name it Longford's 2022 equivalent had it.

What's more, the spacious surrounds provided by the Kiernan family of Carragh, Granard ensured spectators were afforded the best possible backdrop to savour what was an occasion that will doubtlessly live long in the memory.

“The weather was just fantastic, you couldn't have asked for any better and it really made all the difference,” said a jubilant committee chairperson Cynthia Geelan Cruise.

The Newtownforbes native estimated close to 1,600 patrons filed through the gates of Sunday's show field, something which wasn't lost on those looking to book their place at September's national centrepiece in Ratheniska, Co Laois.

“Some of the ploughmen that were there said they had never seen as many kids, pushchairs and buggies,” she added, as she heaped praise on her fellow committee members.

“We managed to get it all done at such short notice too.

“It was only around seven weeks ago that we decided to hold a match and fair play to them for pulling everything together.”

Cynthia singled out the assistance those behind the event were provided with from the local community and gardaí that were on hand throughout the course of the day.

Equally, the day's procceedings laid the foundations for Longford'sploughmen and ploughwomen to uphold the county's ironclad tradition at this year's National Ploughing Championships.

“At it least it gave them the chance to qualify and go to Ratheniska,” she said.

“If we had no ploughing they would not have had the chance to do that.”

Asked if the successes of last Sunday could be replicated or even surpassed as thoughts will, in time, inevtiably turn to next year's corresponding spectacle, Cynthia was staying typically upbeat.

“We've set a great standard and let's see what the next 12 months will bring because this is only just the start,” she said.
Based on the palpable success of last Sunday, you get the feeling she means every word.