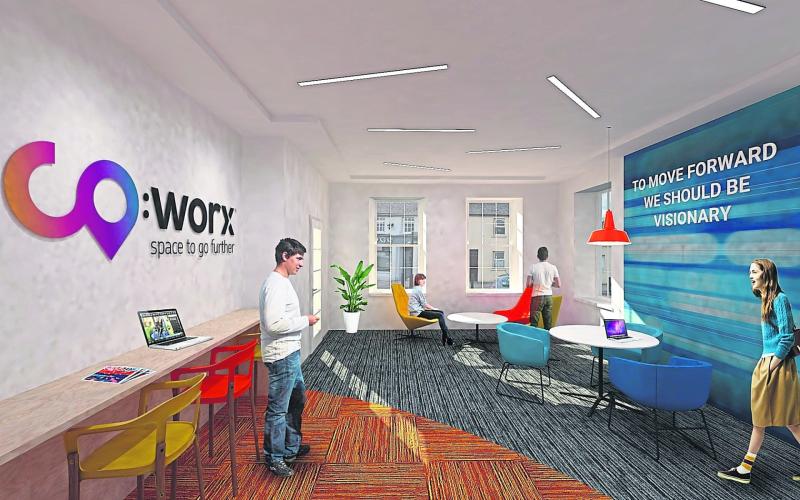 Junior Enterprise Minister Robert Troy will be in Edgeworthstown today to officially cut the ribbon on a new, state of the art digital hub.

The opening of co:worx on Main Street, Edgeworthstown will set the seal on a large and all encompassing community led project that is the best part of four years in the making.

Spearheaded by Edgeworthstown Enterprise Hub clg, a voluntary committee, the new hub is stationed at the mid Longford town’s former Ulster Bank building which was purchased by Longford County Council in 2018.

With hot desking facilities, meeting rooms and a range of spacious office spaces, the facility also comes equipped with a development centre in collaboration with the Technological University of the Shannon – TUS.

The co:worx digital hub is no stranger to national acclaim either having been recognised at the inaugural .IE Digital Town Awards last June.

Through the development of co:worx Edgeworthstown’s Using Digital to Transform a Town project won a total prize of €9,000.
The opening of the hub, which willcater for up to 38 remote workers and start-up entrepreneurs is scheduled for tomorrow at 3pm.