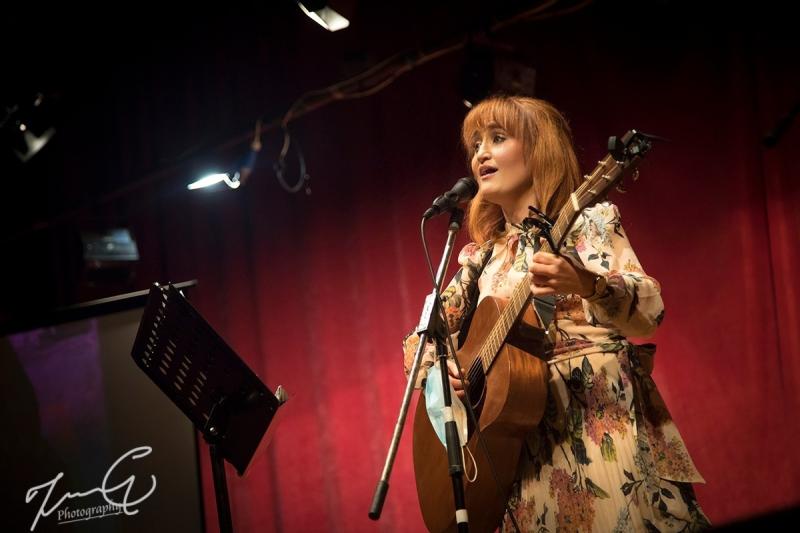 The beautiful Corn Mill Theatre, Carrigallen on the Longford border welcomes the sublime voice of Emer Dunne, on Friday April 1.

Emer has a purity and strength in her voice that has deemed her to be “a definite rising star” by Irish Music Magazine where she has been compared to the likes of Mary Black and Maura O’Connell amongst others.

Despite the challenges of the past two years, 2021 saw Emer rise on the folk scene, featuring on the RTE’s ‘Today’ show and releasing two no 1 hit singles, ‘Daisy’ and ‘Wild Mountain Thyme’.

‘Hourglass’ has been gaining great national and regional play and just last week we heard Emer interview with legendary Charlie McGettigan here in Longford town on Shannonside FM and they treated us to a few live songs.

Although a Laois lassie, Emer is performing on what also feels like home turf, so to speak.

“ I grew up in Laois but my mother, Bridie Baxter, hails from outside Ballinamore in Co. Leitrim. I spent many weekends and summers with my grandparents in this lovely part of the country,” she said.

“My grandfather, Eugene Baxter (RIP), had a great love for music and performing and he shared his love of the folk songs with all his grandchildren. It is lovely to be coming to Carrigallen and performing on my ancestral soil.”

On the release of her debut folk album, ‘Hourglass’ (produced by Bill Shanley) Hot Press described Emer as “an entertainer through and through… There is a hearty appetite for what ‘Hourglass’ has to offer …with her trademark soaring voice”.

Friday, April 1, promises to be a night filled with well-known and well-loved folk songs and music.

Speaking of the show at hand, Emer said “I’m teaming up with wonderful musicians on flute and guitar to bring a varied and lively acoustic set.

“There is a lot of variety in the show and so we hope to have something for you all to enjoy.”

Having shared the stage with The Fureys, Phil Coulter and John Spillane amongst others, Emer’s voice has now hit the national airwaves with RTE Radio 1’s Rising Time referring to her album as “fabulous from start to finish” and BBC Radio Ulster citing “a great voice and a lovely impressive production.”

The show will open with music and song from the ever talented, Raymond Hackett and his musicians Tommy Hunt and Bryan Mulligan.

Emer has been awarded many accolades for her singing and performances, and has toured all over Europe and Japan with an Irish music, song and dance group. For this show she will be joined on stage by the talented seven times All-Ireland Champion, Robert Harvey, on flute and the unique rock and acoustic influences of guitar maestro, Simon Graydon.

Simon and Robert have toured internationally and have previously worked with Emer on her headline gigs in Germany and Amsterdam, among others.

So tap your feet and clap your hands and sing along with the artists on stage on April 1. For more information and tickets visit www.cornmilltheatre.com and www.emerdunne.com.

The show is supported by Leitrim Arts Council.