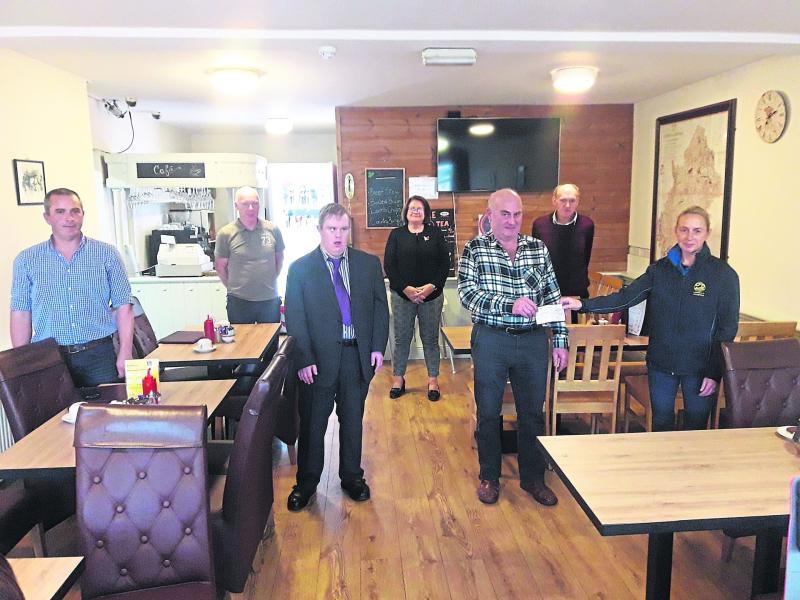 It may have been a long two years but the local farming community - and those further afield - are looking forward to what will be a triumphant comeback for the 86th Longford Ploughing Championships on Sunday.

The pandemic has certainly had a strong impact on the organising committee, according to Ardagh man and committee secretary Tom Bannon. But as soon as the word got out that the event could go on this year, it was full steam ahead for those involved.

“The organising of the ploughing started on January 27 when we knew we’d get the go-ahead,” Tom told the Longford Leader. But with Covid-19 still very much a reality, things were a little different.

“The first meeting in the Community Centre in Ardagh we were all wearing masks and keeping our distance and normally we’d pass a sheet around for attendance and write down our names but we had someone taking down names as people came in the door.

“Then we all went home as soon as the meeting was over. Normally we’d have a cup of tea and a chat afterwards but we just kept our distance to be careful. It was the same thing at the second meeting out in Granard. We had a few less people in attendance but we managed it and now we’re looking forward to a great event.

“There was a push forward because we only had a short amount of time to plan once we got the go-ahead. Luckily John and Helen Kiernan were able to provide the site about one kilometre north of Granard town. So you fall into a routine like before and we had the same blueprint as before,” he added.

It’s actually been three years since the last ploughing championships in Longford, Tom was quick to point out. The last event was in 2019 and, while the committee was “all geared up” for the 2020 event, everything came to a halt two years ago when the pandemic gripped the globe. 2021 was no better as Covid-19 continued to put a stop to large gatherings but 2022 promises to be a fantastic event to make up for it.

“It would be a very social event among farming circles. It’s an outlet to meet and greet and socialise, so you’d be with like-minded people,” said Tom, who has been involved with the committee since 2009.

“We have competitors from other counties who come down to us and unfortunately, a few of them have died in the intervening three years. And there are some who have retired from it for various reasons. But there are a couple of younger faces that have come in as well. It’s nice to see the new faces come in because they’ll carry it on for years to come.”

There’s plenty to look forward to for this year’s event and, while Tom himself admitted he’ll be very busy for the morning of March 27, he is excited to get the first event since 2019 up and running.

“I’m looking forward to getting through it and making sure it’s all rolled out smoothly and there are no crises on the day and that we have enough competition. It would be good to have nice weather,” he said.

“But we’ve always been able to run it. Sometimes we’d maybe delay starting for an hour or so just to let things dry out a bit, but we’ve never postponed it.

“We’ve also been lucky with landowners providing suitable sites each year from Ballymahon to Granard to Abbeyshrule to Knockmartin. We’ve moved around a lot but we’ve always had suitable sites on great roads with easy access.

“Nobody would get lost and now with the eir codes, it makes it even easier for the younger ones who can put that code into their phones. Texting is about as far as I go with technology,” he laughed.

There was a reprieve for some of the ploughing community in September as the National Ploughing Championships took place over the course of three days - something which Tom says attendees appreciated greatly.

“I went down for two days and I thoroughly enjoyed it. We could all stand and talk and enjoy the day and network a bit and that’s what we want for this event,” he said.

“We get a good audience. There are people who come from the border and they all enjoy it. It’s the first ploughing up this far that is open to all. Westmeath had theirs last week and it was closed - it was only open to their own, but we’ll have an open competition.

“Roscommon will have theirs the following weekend and I’m looking forward to going to that too. Some people come just to see friends. Lots of families come for a day out.”

“Covid brought a lot of change. That theme runs through everything. But I hope everyone has a good, enjoyable day and that they go home satisfied and with no extra stress,” he concluded.