A flavour of Longford Ploughing 2022 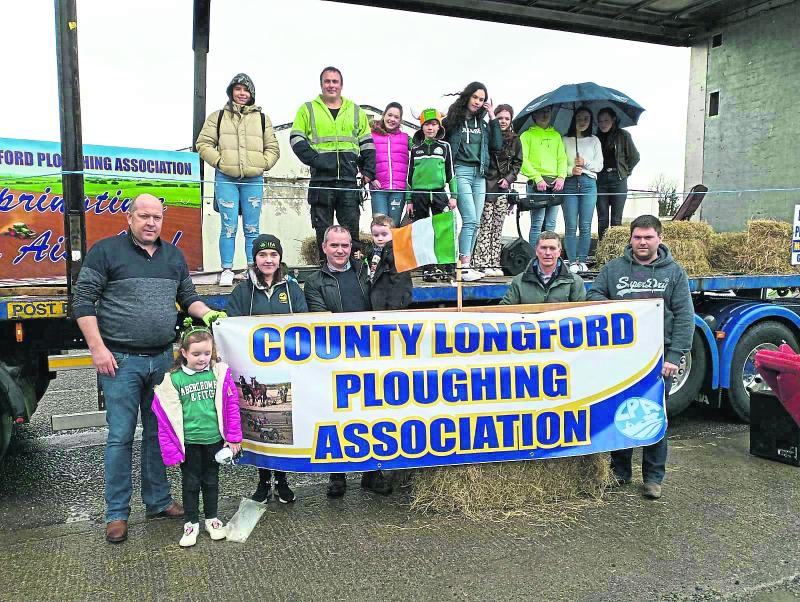 The rivalry on the field, brushed off our home team, raising the standard of ploughing in Longford year after year.

Our home stars, Martin Reilly, Andrew Stewart and Daniel Haughey will cherish competitive match practice near home. We have lots of space to accommodate all who venture to join us, as we spread our wings again on Sunday.
Farmerette

Sponsored by Charlie Burns, Agricultural Consultant, the Farmerette event started in The Rampark in Kenagh in 1960, and next Sunday’s competition is our 59th Farmerette event. Thanks to all the ladies who made this event so special, over the years.

Reigning Queen Eimear Monaghan from Edgeworthstown ploughed into 2nd place and came home with a National Silver medal from the National Ploughing in Screggan Tullamore in 2019.

The winner of the Farmerette class will receive the Longford Ploughing Association Tiara and ‘Queen of the Plough Sash’, specially handcrafted by Edre Mills.

Crowning the Queen of the Plough, sponsored by Charlie Burns, Agricultural Consultant, is set for Belle’s Kitchen Marquee on the ploughing field on Sunday evening. So fingers crossed that we have some pleasant weather.

Once a familiar sight on the farm, now you only see horse ploughing at events like this. A fascinating sight for spectators, Longford ploughing has always succeeded in encouraging horse ploughing competitions. Noel Hand from Monaghan has booked his spot.

Eamon and Joseph Egan from Kenagh and Bernard and Brian Casey from Killoe, have kept the art alive and they also compete regularly.

For anyone with a passing interest in vintage machines, a vintage ploughing competition is paradise. Watching a range of old tractors, in mint condition and tuned to perfection to compete with one another is inspiring. We always had a very spectacular turnout in our vintage tractor classes.

A large entourage of vintage outfits from other counties converge on Longford Ploughing, attracted by the high standard of our vintage ploughmen.

We have two separate competitions here for younger competitors. So two opportunities here for a chance of qualifying for the National Ploughing Championships in Ratheniska, Co Laois next September. Our National Silver medallist Daniel Haughey will be in action again, eager to qualify again but who knows what way the soil will crumble.

We have a Ferguson Class to capture the hearts of vintage enthusiasts with a passion for Ferguson 20 outfits. Ferguson TVO or Diesel tractors with Ferguson ploughs qualify for this Class. What a wonderful way to reminisce and celebrate memories with children and grandchildren, exploring the development of Ferguson over years. The familiar red & grey Ferguson 35, first appeared in 1957, over sixty years ago.