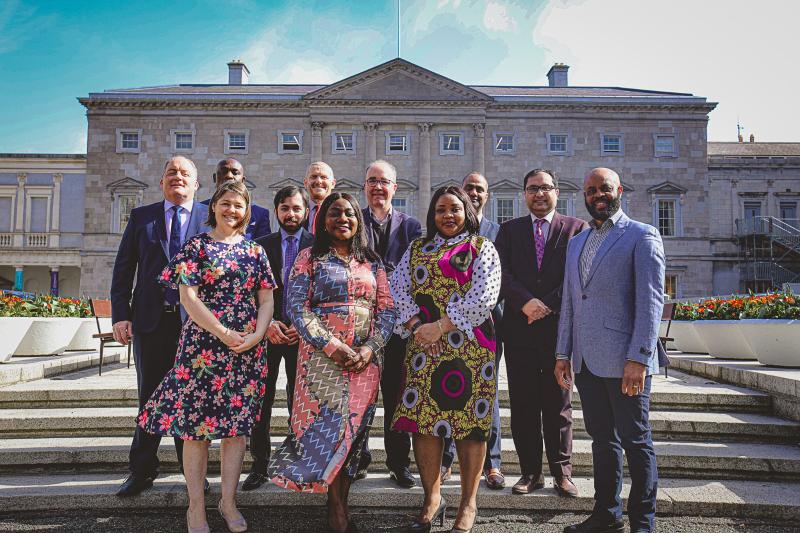 The country's first African female mayor has spoken of her delight at attending the launch of the Fianna Fáil Migrants' Network in Leinster House.

Longford Municipal District Cathaoirleach Cllr Uruemu Adejinmi said the inception of a body aimed at integrating greater numbers of migrants into public life could not be underestimated.

She said, "Fianna Fáil is a diverse and vibrant party that is representative of all our society and I was delighted to attend the launch of the Fianna Fáil Migrants' Network.

"There are many barriers to migrants becoming involved in politics, particularly in rural areas, which is why the establishment of this Migrants' Network is so important.  It encourages members from a migrant background to use their voice, get involved and formulate policy on issues of importance to them.

"On International Day for the Elimination of Racism and Racial Discrimination, we were again reminded of our collective responsibility for promoting the elimination of all forms of discrimination and racial oppression.

"Unfortunately, the reality is that migrants often find themselves marginalised from public discourse on issues of integration and diversity. This is something that must be addressed as a matter of urgency and the Migrants' Network is a great opportunity to tackle and discuss such issues, head on.

"I look forward to working with my colleagues and encouraging migrant members to put themselves forward for leadership positions within the party organisation and for selection as area representatives and election candidates.''