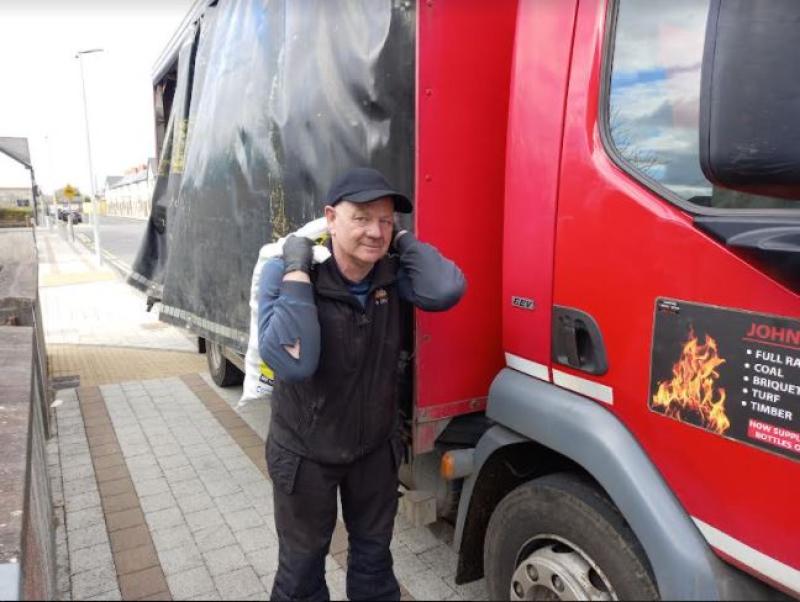 Elderly people and hard pressed families are being forced to stay in bed longer because of soaring hikes in the cost of solid fuel.

That was the sobering warning issued by Longford coal distributor John Twaddle this afternoon in the face of mounting fears over skyrocketing energy price increases.

Mr Twaddle told of how an ever growing cohort of cash strapped pensioners were having to resort to increasingly unorthodox measures in a bid to make ends meet.

“At the moment, some of them are just getting the bare amount because they can’t afford it,” he said.

“I am going into sheds and there is nothing in them.

“A good few of them are putting on extra clothes and some of them are staying in bed longer because it’s the only place there is a bit of heat.

“There are also houses we go into and they (pensioners) will be in bed. It’s got to the point where you would be dropping in the coal and having to call back that evening to be paid because they are staying in bed longer.”

His comments come just days after one of Ireland's largest solid fuel suppliers announced plans to increase the price of a bag of coal by €7 over the coming weeks.

CPL Fuels blamed the rise on increases in the cost of materials and Russia’s ongoing and increasingly bloody invasion of Ukraine.

It’s an upward trajectory which will see the price of a bag of coal rise by almost €11, or close to 50 per cent over the past eight months.

A member of the midland coal distributing sector for the best part of four decades, Mr Twaddle conceded the upsurge was both unprecedented and one which some large scale fuel importers were cashing in on.

“It’s the biggest increase I have ever seen in my life and I am at it almost 40 years,” he said. “Everything is getting the blame. First it was Brexit and then it was Covid and now it’s the war.

“But the thing is the coal companies make a deal at the beginning of the year and they bring coal in at a price so I think they are jumping on the bandwagon and taking advantage of what is going on out there at the minute.”

Mr Twaddle said it was his belief the crisis was one which looked set to worsen before it improved, exacerbated by an expected carbon tax increase of around 90 cent in May.

“It will get worse, I can’t see it not getting worse,” he said.

“People just won’t be able to afford it, it’s as simple as that.”