Longford Lives: ‘Always follow your heart; you never know when that lucky break might come along’ says actress Lorna Quinn 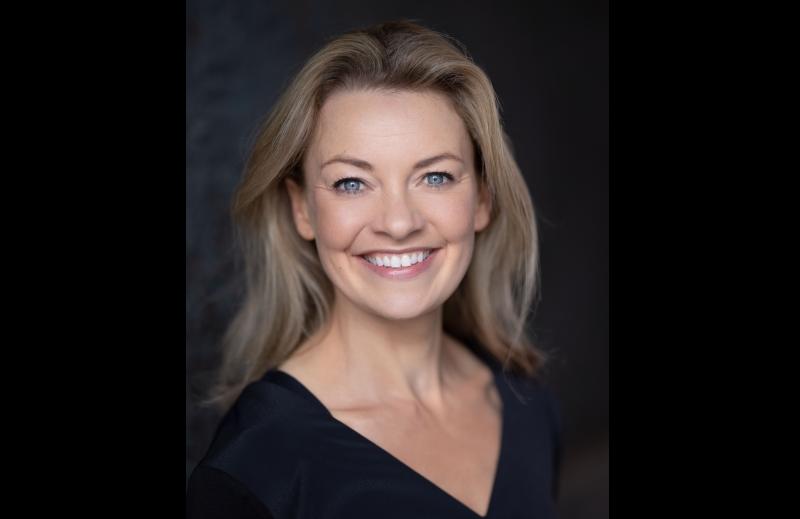 There are many challenges to an acting career - the uncertainty and lack of routine for starters. But for Longford native, Lorna Quinn, it has been a very enjoyable and rewarding journey so far.

The daughter of Frank and Rheda Quinn, Lorna grew up in Longford with her three brothers Colm, David and Darran, and her sister Elaine, attending Newtownforbes National School and then Meán Scoil Mhuire in Longford.

It is clear that a career in the performing arts was on the cards for Lorna from a very young age, with various activities and classes providing her with a creative way to express herself from a young age.

“When I was twelve, I started Speech and Drama classes with Evelyn Kelly. I felt so much at home within this fun, playful and creative environment. I absolutely loved it,” she recalled.

“I also joined the Longford Musical Society when I was in sixth class with my friend Simone. We had great fun being part of the chorus for Annie Get Your Gun. I loved watching the actors Barbara Creevy, Paula Oates, Benny O’Brien, Padraic O’Brien, Tom O’Brien and John Kelly in rehearsal. It was all very exciting and very inspiring!

“I continued my pursuit of drama by joining Backstage Youth Group also. I had an absolute ball working with Gus Hanley, Doug Fox Roberts and Paul Higgins. I was acting in new plays and performing on stage at the Backstage Theatre. I was truly bitten by the acting bug.”

And it wasn’t just the acting side of it that Lorna enjoyed in those early years of her career:

“In Transition Year, myself and my two friends Gráinne Fox and Shaunagh Connaire started a girl-group called As3,” she said.

“We wrote our own songs and recorded them with Paul Gurney in Longford. It was a very special and memorable time for us and for our families. We still reminisce very fondly about this time in our lives.”

While she spent a lot of her teenage years performing on stage, Lorna admits that her progression to professional acting was “gradual”.

“I was quite quiet as a child, and still am to a certain degree, and I think acting provided me with an outlet to express myself and to say words that I perhaps could not find myself when I wanted to speak or to share my opinion,” she said.

“I still remember that joy and sense of freedom in the drama classroom aged twelve. Drama and performance have been a part of my life ever since this time.

“I studied Drama and Theatre Studies at UCC and I then trained to become a professional actor at The Gaiety School of Acting. During this time, I also qualified as a Speech and Drama teacher.”

In fact, Lorna started teaching drama in a primary and secondary school in Dublin in recent years - an enjoyable role from which she has learned a lot, while also providing her with a strong sense of security and stability.

“Working in a profession that is very insecure and uncertain by nature can be challenging. There are highs and there are lows,” Lorna explained.

“I am still learning every day about how to navigate the unpredictable path of pursuing an acting career! I do know it can surprise you when you least expect it. You just never know when a call or an email will arrive with an invitation to audition for an exciting production or to record a voice-over – it consistently keeps you on your toes.”

The uncertainty and lack of routine in the life of an actor can be difficult, she said, and Lorna herself admitted to finding times between acting jobs quite difficult.

“There is a lovely sense of security and stability when you have a firm handle on the path ahead (as much as one can have!). It allows you to relax somewhat and take comfort in knowing you have work secured for the foreseeable future,” she said.

“This is not always a given with acting! As a result, it is important to really mind yourself during these quieter periods, and to have something else (another job or a creative project) that can run parallel to your pursuit of performance work.”

Being cast as Jo March in Little Women at the Gate Theatre in 2011 was a hugely significant break for Lorna as she said it marked the beginning of a lovely working relationship with the Gate Theatre.

“I still pinch myself when I look back. I learned so much, and I truly treasure every production I was so fortunate to be a part of,” she said.

“Shortly after my debut at the Gate Theatre, I was cast as Lucy Mallon in Fair City. Playing this character is definitely a career highlight!”

In fact, she added, the character of Lucy is her favourite role to date, so Lorna was thrilled when Lucy was brought back to Carrigstown last autumn after a ten-year absence from the popular soap.

“I felt responsible for sharing and playing her story to the best of my ability,” she said.

“The story writers created a fascinatingly complex character who continually took the Fair City audience by surprise. I loved the challenge of trying to understand her. Every word and action, however cutting and surprising it may have been, was rooted in a deeply troubled past. She was very much alone in the world.

“I think for me as an actor playing her, it was very important that I had compassion and understanding for this character, to see her humanity and to understand why she behaved the way she did. It really was a wonderful role for me to play, and such an exciting opportunity to return to this character after ten years.”

Looking to the future, Lorna has big plans to keep up her acting career, but also to continuing her own drama teaching.

“I will soon be starting Creative Drama classes in Longford on Saturday afternoons at the Temperance Hall,” she explained.

“I am very excited about this. There has been a lovely response so far. If readers are interested, I still have spaces available for age groups between eight and 16 years.”

Anyone interested in attending the classes can get in touch via lornaquinndrama@gmail.com.

“I would encourage anyone who is interested in acting and performance to seek out a drama class in their local area,” said Lorna when asked to share some advice to young people hoping to pursue a career in acting.

“This space will allow you to learn and to develop your craft in a fun, creative and supportive environment where you can hone your skills and grow in confidence.

“Also, watch out for opportunities to audition for films or TV series that may be filming in Ireland. Being on a set will give you a practical insight as to what it is like. It is very exciting to see what happens behind the camera.

“My advice would always be to follow your heart. You never know when that lucky break might come along!”