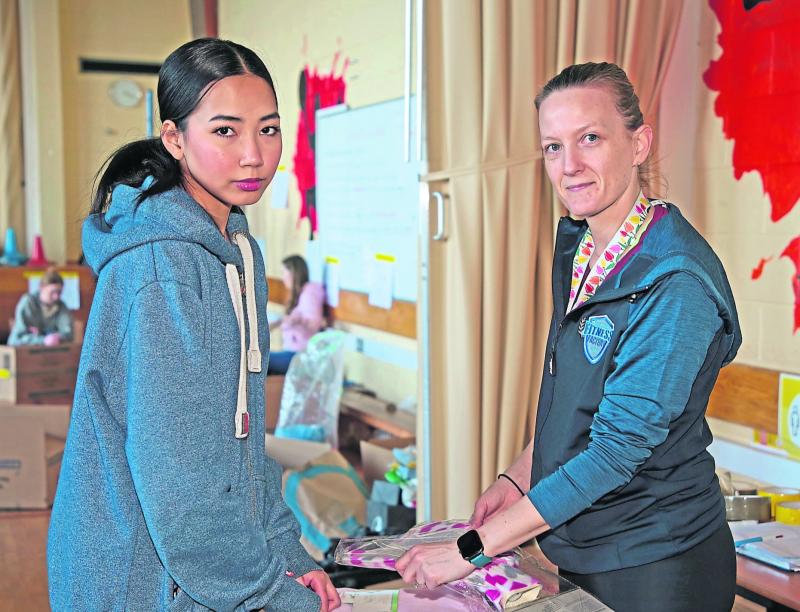 A group of north Longford students have decided to “make a difference” to in excess of 1m Ukranian refugees who have fled the war-torn country in recent days.

Up to 30 students aligned to Granard's Lus Na Greine Youth Club, are hosting a 5k walk in Derrycassin Woods this Sunday with all proceeds going to The Irish Red Cross.

Fourteen-year-old Chloe Spollen, a pupil at Ardscoil Phádraig, said the decision was very much a collective one in response to the Russian invasion of Ukraine.

“I know there is a lot of conflict in Ukraine right now and I am sure that whatever we imagine it to be like, it is one hundred times worse,” she said.

“ I do know however, that Ukraine needs help and we want to do everything we can to help them.”

International condemnation of Russian President Vladimir Putin's military assault on Ukraine continues to court criticism from across the globalpolitical spectrum.

Rhia Larkin and Glen Nea, both of whom played a key role in the decision to host this weekend's event said there was plenty of appetite to row in behind what is unfolding almost 2,500 miles away.

“As a group we knew we had to do something to make a difference, so we decided to organise a 5k walk in Derrycassin Woods this Sunday at 12.30pm,” said Glen.

“All the money raised on the day will be donated to The Irish Red Cross and they can buy supplies needed for the families in the Ukraine."

A number of local businesses have added their support to the cause with Lus na Greine Preloved Boutique Charity deciding to donate all proceeds from its takings on Friday and Saturday to the fundraiser.

In a further boost, the club and its members even came in for national publicity last week when receiving a mention on RTÉ Radio One's Ryan Tubridy Show.

Community Development and Family Support Worker Ber Fagan told of her unerring pride at how the idea came from the club's youth themselves and was not one which had been foisted on them.

“They are just a breath of fresh air,” said a plainly proud Ber.

“Normally they come in and there is a bit of music, disco lights and bean bags but last Thursday they didn't come out and they decided to come up with an idea to raise funds for Ukraine and this is the result of it.

“They are just a great bunch of kids and I am so proud.”

*The event gets underway this Sunday (March 13) at 12:30pm in Derrycassin Woods.