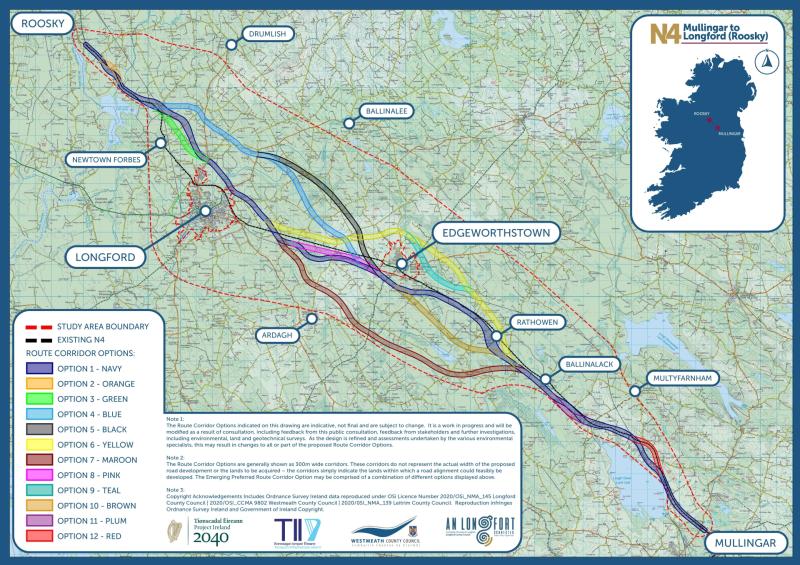 Junior Minister and Longford Westmeath TD Peter Burke has revealed additional funding for the N4 between Longford and Mullingar has been secured.

Mr Burke has revealed €1m has been set aside for this year, less than 24 hours after Transport Infrastructure Ireland (TII) officials held talks with local politicians in a bid to safeguard the long term viability of the project.

“I have been engaging with Westmeath County Council and the Roads Office on this key project for both Longford and Westmeath and the need for it to progress after years of development," he said.

"The landowners assets have been ultimately sterilised with the various delays over the years and I understand the preferred corridor is to be announced in the coming period.  To cut funding at this point to me was completely counter-productive, and hugely wasteful of all the time,  effort and public money spent to date deciding on the correct route.

“I sat down with the Tánaiste to discuss this matter, who agreed that it was a vital project for the development of jobs and industry in the midlands and north west.

“I am delighted to confirm that a decision has been made and communicated to me by the Tánaiste this afternoon.  The project has been given the additional funding to continue to be developed, with €1 million allocated for 2022.

“I am glad to see common sense prevailing, and I look forward to the further progression of the project which will lead to more balanced regional development, and a safer experience for motorists between Mullingar and Longford”