There was a lovely atmosphere in the County Library last Friday evening as Longford County Council Cathaoirleach Cllr Peggy Nolan officially launched the beautifully compiled and produced, ‘Longford Memories’, a book of interviews and photographs with thirty older Longford people. 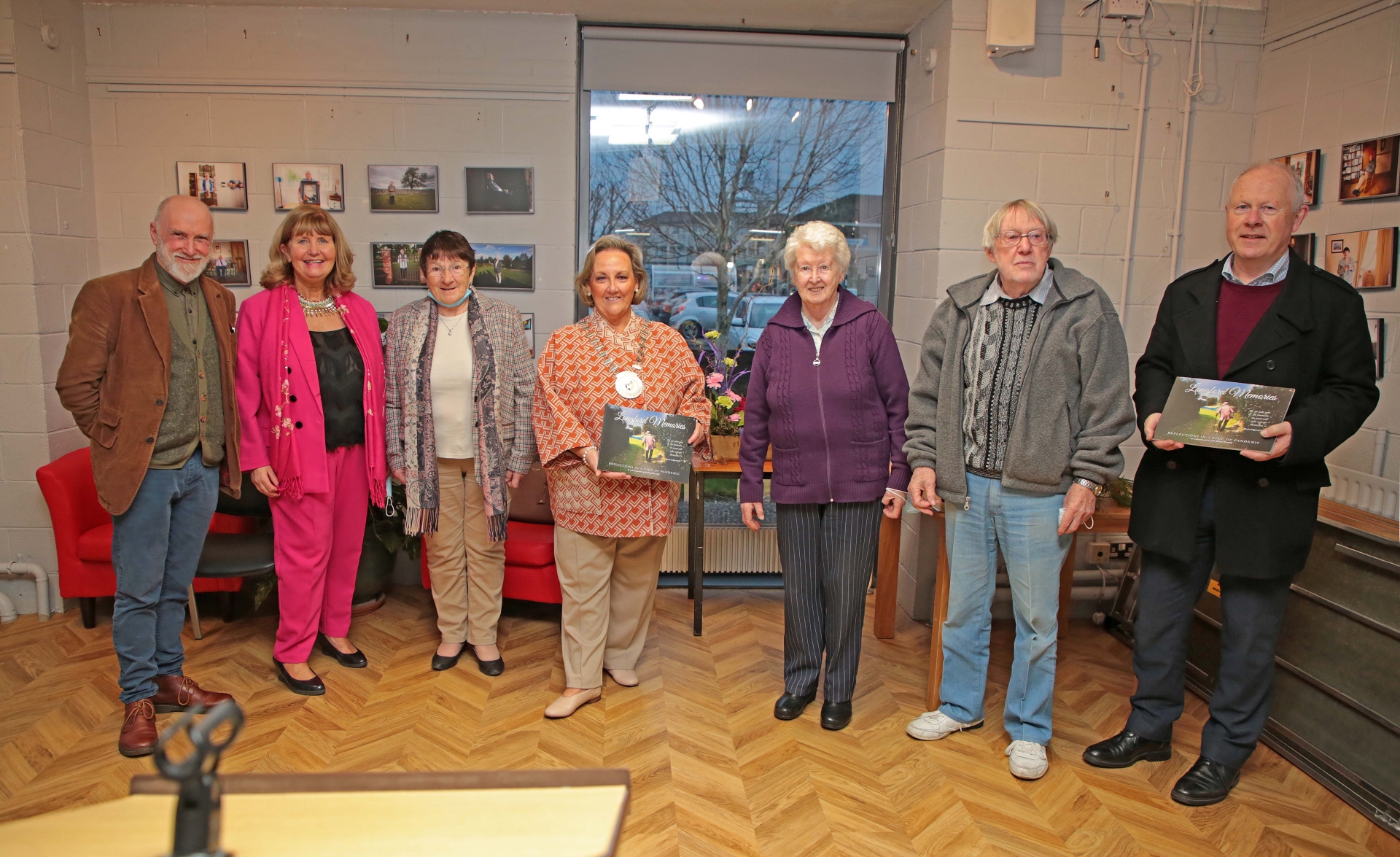 The book, Longford Memories - reflections in a time of pandemic, by charismatic photographer and storyteller, Brian Farrell, features a variety of interesting local characters, photographed in their own settings, who provide the rich material for this valuable social history.
The superb book, commissioned by Longford County Council through the Creative Ireland programme, is available from Longford library for just €5.
The project was seen as a great opportunity to reach out to the county’s older citizens, particularly those living alone, and capture their memories as they emerged from ‘cocooning.’
Brian Farrell told Friday’s packed house, “It is always a privilege to be invited into a stranger’s home but, at this particular time, in the shadow of a pandemic, when closest family members had been prevented from entering the homes of their loved ones, it was very special. That so many people agreed to allow me to cross their threshold and tell me their private life story was an indication of the admiration they all had for their county librarian, Mary Carleton Reynolds.”
Warm tributes were paid to Ms Carleton Reynolds who will shortly be retiring from her role as County Librarian and she was described as ‘Longford’s Patron Saint’ thanks to her huge work ethic, positivity and dynamism.
Thanking all those who featured in the book, Cllr Nolan said, “I am thrilled to meet all those inspiring people who were interviewed and photographed for the book on what is Ireland Reads Day. This book is a great read and I know it has already been read and enjoyed by Longford people all over the world.”
Cllr Nolan outlined that the ‘kindness and decency’ of Longford people jumped from the pages of the publication and that the launch was a wonderful occasion coming towards the end of a ‘horrible pandemic that robbed some people of their loved one’s and stole almost two and half years of everyone’s lives’. She said that Mary Carleton Reynolds would be an extremely hard act to follow as County Librarian.
Kitty Hughes, one of the stars interviewed for the book, revealed how author Brian Farrell clicked with each of the participants before he clicked his camera and this was one of the secrets to the success of ‘Longford Memories’.
Granard’s Jimmy Donoghue, another of those featured in the pages of the book, regaled the audience with a rendition of the much loved song, ‘Come Back Paddy Reilly to Ballyjamesduff’, a song that Percy French wrote in The Greville Arms Hotel.
We're already looking forward to ‘Longford Memories Part II’!