No breakthrough in talks over Longford to Mullingar N4 upgrade 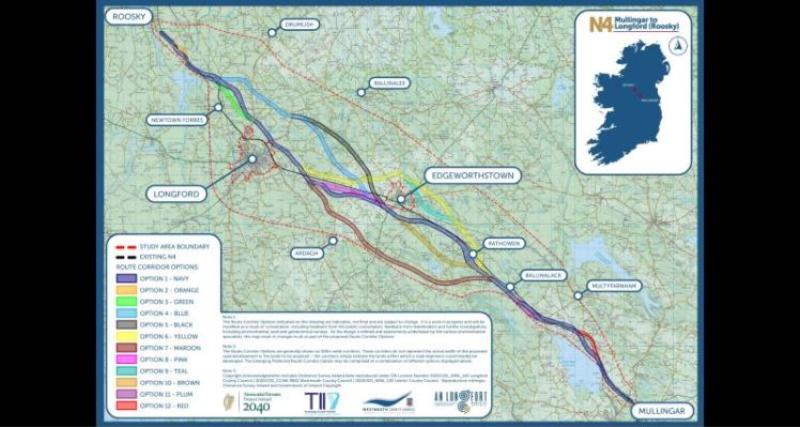 An additional €1.5m in state funding will be needed "straight away" to ensure the protracted upgrade of the N4 between Longford and Mullingar is not scrapped altogether.

It comes after local politicians held crunch talks this afternoon with Transport Infrastructure Ireland (TII) officials after the semi-State body revealed no funding would be made available for the route this year.

Considerable lobbying has taken place in recent weeks in an attempt to force political intervention at the highest level to try and reverse that decision.

Longford-Westmeath TD Joe Flaherty and Senator Micheal Carrigy joined councillors from all three municipal districts for an online meeting which brought no meaningful breakthrough to the impasse.

"There was no commitment given, only that the matter would be brought back to the board of TII," said Senator Carrigy.

The Ballinalee postmaster said it was his belief around €1.5m would be needed without delay to ensure the project's sustainability into the future.

Senator Carrigy said while he remained "confident" Transport Minister Eamon Ryan would revisit the project, time was of the essence.

"Straight away," said Senator Carrigy, as to when the mooted €1.5m sum was needed to finance the next phase of the route.

Independent Cllr Gerry Warnock, who also sat in on the meeting expressed his desire at seeing the long talked about upgrade being brought to fruition.

"From the point of view in stressing it's (project's) importance, it (meeting) was quite good.

"They (TII) agreed to listen, but without that political and financial commitment their (TII's) hands are tied."