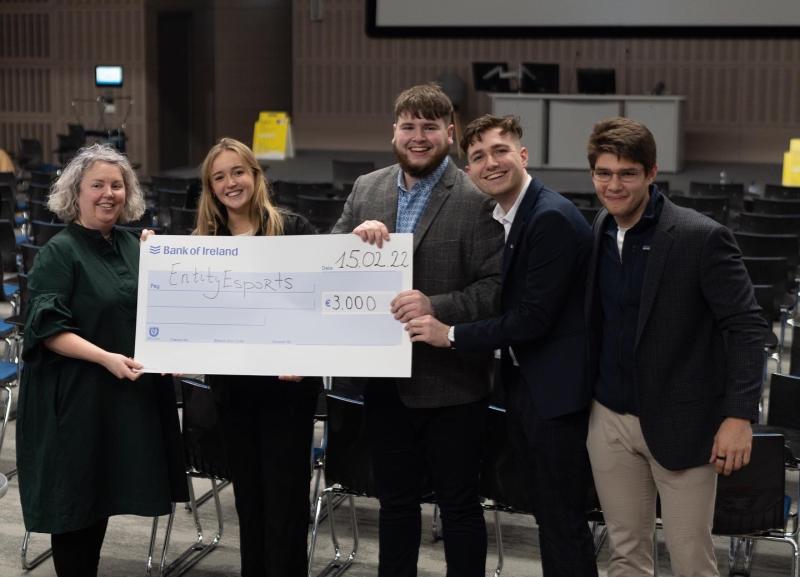 Budding Longford entrepreneurs Peadar Kenny from Longford and Adam Farrell from Lanesboro, along with their co-founder Liam Junkermann from Dublin, swept the boards at the prestigious Trinity Entrepreneur’s Society Dragon’s Den by claiming top prize in the Trinity Business School.

Thirty-five business proposals applied for the award, and eleven were selected to compete in the finals. The three co-founders not only impressed the Dragons, led by Dragon’s Den Ireland’s Sean Gallagher and a host of top business judges, with their very impressive pitch, but they also claimed the third prize on the night which was the audience selection who were also very impressed with their presentation.

The value of the premier award and the third prize is worth approximately €21,000, which will be used to help launch their business, Entity in the coming months.

The Dragons plainly thought that the business proposition was worthy of supporting, and now they enter Trinity Business School’s accelerator programme, Launchbox, which will give them office space, financial support, and many business supports in the form of legal, financial and marketing advice.

They hope to be able to launch their business in the coming months.

Apart from the three partners in Entity, they have secured the support of an advisory board which consists of top business personnel from a multitude of successful backgrounds including Brian Egan who is CEO of Purple Decks, a highly successful software engineering firm based in Longford.

The three co-founders are very excited for the months ahead and are looking forward to sharing more information on Entity, soon.