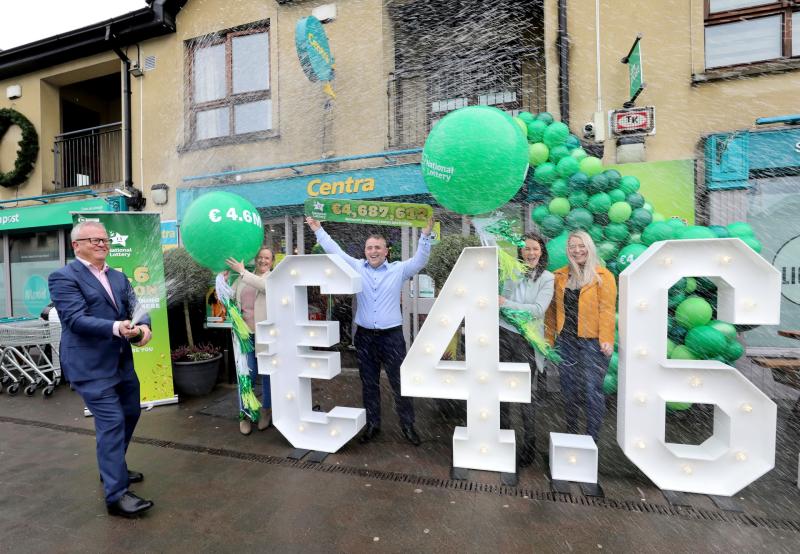 Geoff Scally, owner of the Centra store in Summerhill, Co. Meath celebrates with staff following the announcement that his store had sold the winning Lotto jackpot ticket worth over €4.6 million

The National Lottery winners’ room in Lotto HQ in Dublin city centre was abuzz with celebrations as five large prizes worth a total of over €6 million was claimed by players in Dublin (2), Longford (2) and Meath.

The biggest Longford winner was collecting a €100,000 prize they won on a Money Multiplier scratch card which they bought at Farrell’s newsagents in Abbeylara.

The Longford native matched five numbers in the historic draw with a ticket they purchased at the Kiosk on Dublin Street in Longford town.

The biggest winners of the day was a jubilant syndicate from Co Meath who travelled to Dublin to pick up a cheque for a truly life-changing €4,687,612 following their Lotto jackpot win on Wednesday, February 9.

The syndicate who wish to keep their win private became Ireland’s second Lotto jackpot winners in 2022 after they purchased their winning ticket at the Centra store in Summerhill, Co Meath.

After waiting for almost a month to collect their prize, the head of the Meath syndicate was able to breathe a sigh of relief after handing over the all-important winning Lotto slip after keeping it safe since early February. “The weight is finally off my shoulders now having kept that ticket safe for nearly a month,” they laughed.

“The ticket has been in my wallet in my pocket in all that time and since then, not one minute has passed by that I didn’t tap my pocket just to make sure that it was still there! I’m looking forward to getting a good night’s sleep tonight knowing I don’t have to look after the ticket anymore because we now have the cash in the bank,” he said.

Discussing their spending plans for their new-found Lotto fortune of over €4.6 million, the syndicate lead said: “We all have our own plans for the money, but I know there will be some mortgages paid off while others will plan on buying new houses. We are a sensible bunch so we will be very careful with the money. What we do have in common however is that we all need a nice beach holiday with lots of sun so that’s definitely something to look forward to.”

Also claiming a large National Lottery prize in Lotto HQ was a Dublin player who claimed a €1 million top prize which they won on Thursday, February 17.

The North Dublin player who wished to remain anonymous purchased their ticket at Jay’s Newsagents in Artane, Dublin 5 on the day of the draw.

Another Dublin player celebrating was a EuroMillions player who picked up a cheque for a cool €184,665 after they won the EuroMillions Match 5 + Lucky Star prize on Friday, February 25 with a ticket they purchased at Rush Fuel Services in Rush, Co. Dublin. 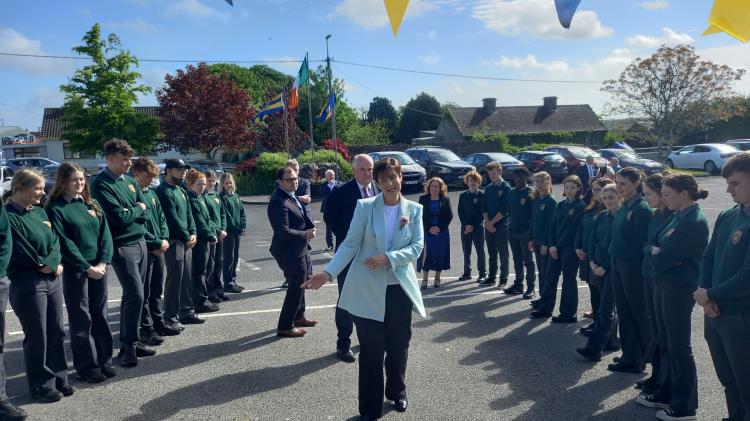