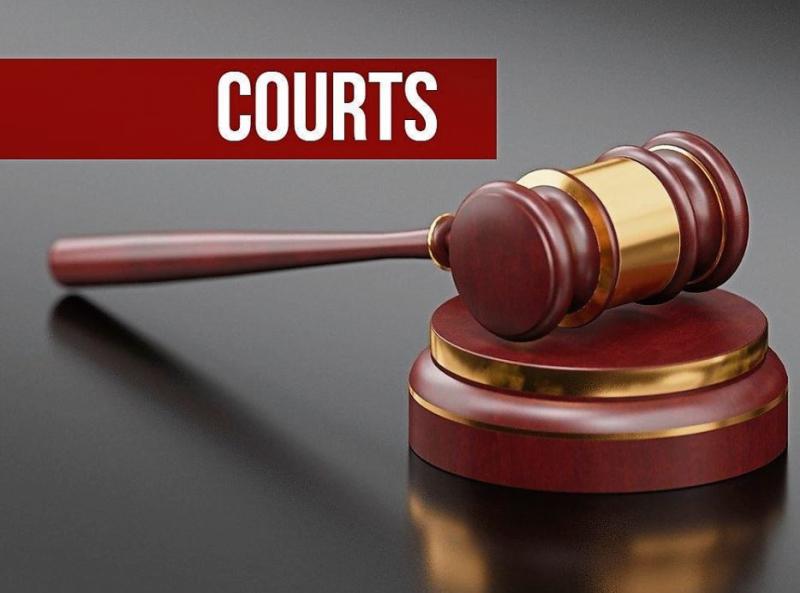 A jury of ten people have acquitted a Longford man of threatening to kill or cause serious harm to two fishermen on two separate dates in 2019.

Thomas McDermott of 68 Cluain na Sidhe, Killashee, Co Longford, was found not guilty of threatening to kill a man on September 25, 2019, and another man on a date between January and April 2019, by unanimous jury verdict.

When questioned by prosecuting barrister Shane Geraghty last week, fisherman, Geoffrey Cooper, told the court that he was fishing on the west bank of the Royal Canal near Killashee with a friend of his, Martin Blacow, who was visiting from the UK.

“I noticed to my left, two black and white springer spaniels followed by a gentleman on the bank,” Mr Cooper continued.

“He walked by, went to the hedge, pulled two big tree branches out of the hedge and launched them into the canal,” said Mr Cooper.

“The dogs jumped in after them and then he pulled the logs out and did it again. I said ‘that’s not very considerate’, and all hell broke loose.”

Mr Cooper told the court that the accused “dropped one log” and carried the other over to him and “the language started”.

“He said ‘you f**king English c**t’ and ‘you b**tard’ and he stood behind me with the log waving behind my head. I said nothing,” said Mr Cooper.

“I kept talking very quietly,” Mr Cooper recalled, “he put the branch down and knelt beside me and took his phone out.

“And if you want my comment, he definitely would,” said Mr Cooper.

A second witness, Martin Blacow, who had been fishing with Mr Cooper on September 25, gave evidence from Burnley Crown Court via live video link.

He explained that he and Mr Cooper had been fishing in Killashee when a man came towards them. He confirmed to Mr Geraghty that the man had been throwing sticks in the water for his dogs and that Mr Cooper had said it was inconsiderate.

When cross-examined by Mr Groarke, Mr Blacow said he had seen the man had been throwing sticks in for the dogs to fetch “ten or a dozen times” before Mr Cooper had said anything.

On day two of the trial, Thomas Evans told the court that he has been fishing for 40 years and that on a date in early 2019, he was fishing on the canal at Killashee with his friend, Anthony Nicholson.

He described to Mr Geraghty a similar incident where a man with two dogs was throwing sticks into the canal. He also said that, when challenged by Mr Nicholson, the man became verbally abusive.

“This man is seriously dangerous in my opinion,” said Mr Evans, explaining that when the man returned 15 or 20 minutes later, he became abusive towards Mr Nicholson again.

“I got off my box and headed towards them and as I got closer, he walked by me and said ‘you and your f**king gay mate, don’t ever be on this f**king bank again’. I went down to Tony and he was very upset again. Tony has never gone back there. It’s the fear.”

Anthony Nicholson, when asked by Mr Geraghty if he remembered the incident before the courts, told the court he has had “nightmares about it”.

He explained that he cannot remember the exact date of the incident but that it was definitely before his birthday in April. He said that on the afternoon in question, at around 2pm, he was fishing in Killashee when a man with two dogs walked past.
“He threw a stick right next to where I was fishing and I said ‘why have you thrown a stick in where I’m fishing and not further down?’,” he said.

“It was an awful thing. The dogs came out and he picked up the stick and said… do I have to swear? It’s not very nice,” he said.

When told by Judge Comerford that he has to tell the truth, Mr Nicholson continued with his evidence.

“I was very scared because I’m not a strong person and he was talking really nasty and dirty. He called me an f-ing English b**tard, and a Yorkshire c-word a couple of times. He could have beaten me up and I think if Tommy hadn’t been there, he would’ve done. The way he was talking to me was nasty - really aggressive.

“And when he came back, he came up to me and said ‘if I see you again, I’ll f**king shoot you, you f**king Yorkshire b**tard’ and then Tommy came over and he walked off.”

Mr McDermott, when questioned by his defence barrister insisted that he had no involvement in the incident between January and April 2019 but recalled the incident on September 25 clearly.

He explained to Mr Groarke that he noticed the two men fishing and the jeep parked on the bank.

“As I came around the blind side of the first fisherman, I saw that he had his fishing pole extended behind him, blocking my path,” said Mr McDermott.

“I looked at him, waiting for him to retract or lower his pole. He didn’t and I was forced to step over with difficulty given my mobility issues.”

He said he proceeded to do so and walked onwards where he encountered the second fisherman and “the same thing ensued” where he had to step over the pole.

“I thought it was rather odd, entitled behaviour,” said Mr McDermott.

“I then walked further and stopped to throw the sticks in for the dogs, as I do on occasion.”

He went on to tell the court that, after throwing the sticks in the water, the first fisherman responded with “a tirade of abuse”.

“I was taken aback at first but then I collected my thoughts calmly and responded,” he said.

“I explained to him that the canal was not just for his use. I told him I’m free to go where I please without being inhibited.”

Mr McDermott explained that he had hoped to keep walking towards Kenagh, cross the bridge and walk back on the far side of the canal.

“He said, ‘now you’ve taken my picture, I’m going to take your phone and throw it in the f**king canal’. I said 'good luck' and then I walked away.”

When cross-examined by Mr Geraghty, Mr McDermott confirmed that he had deleted the photographs from his phone “to free up space” and refuted suggestions that he had done so to dispose of evidence.

He continued to stress that he knew nothing of the early 2019 incident as he had no involvement and it was accepted in court that there was no direct evidence, such as formal identification by the witnesses, linking him to the incident.

“This is what it comes down to: you thought this was entitled behaviour and the moment you heard the English accent, you blew a fuse,” said Mr Geraghty.

“I believe we’ve already been over this,” said Mr McDermott, stressing his opinion that “anyone of sound mind” would consider the behaviour of the fishermen “odd and bizarre”.

“Can I suggest it wasn’t? Can I suggest you flipped and threatened to kill or cause serious harm to these people?” said Mr Geraghty.

“You can suggest it,” said Mr McDermott.

Judge Francis Comerford noted a lack of direct evidence putting Mr McDermott at the scene in early 2019, but also acknowledged the striking similarities in the events that occurred.

He told the jury, when they were beginning their deliberations, that they should first consider the incident of September 25.

If they found Mr McDermott guilty of that incident then, and only then, should they look at the second incident, which ocurred between January and April of that year.

The jury, following less than an hour of deliberations returned to the courtroom with a unanimous verdict that Mr McDermott was not guilty of the September 25 charge and could therefore not be considered guilty of the incident on the earlier date.