'I thought I was going to die': Victim tells court of alleged stabbing 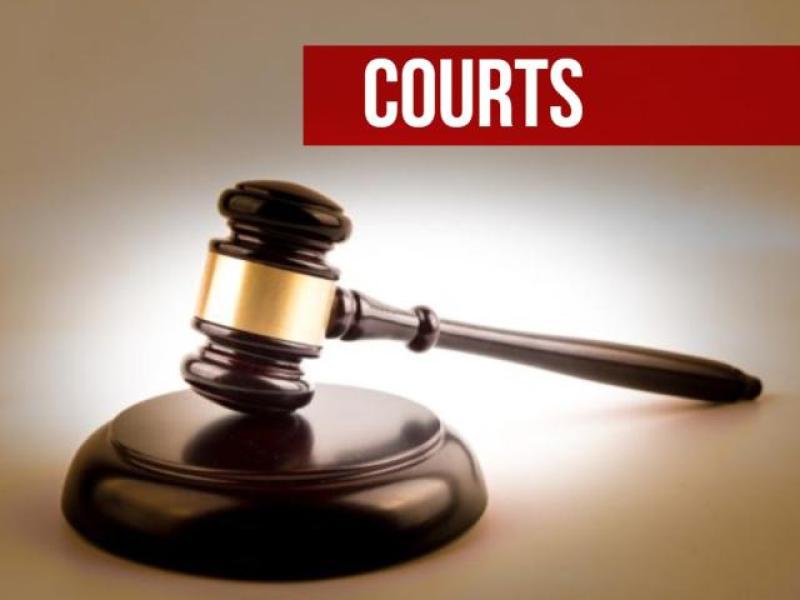 The jury trial of a man charged with assault, affray and production of a knife, as well as possession of a knife and intentionally or recklessly causing harm to another, has begun today at Longford Circuit Court.

It is alleged that Mr Hannifin was involved in an affray with Denis McGinley, causing him serious harm by stabbing him with a knife. Mr McGinley previously pleaded guilty to affray.

Giving evidence in court today, Denis McGinley told Mr Shane Geraghty, barrister for the state, that on December 7, 2018, he was in Longford town shopping with his younger sister Shirley, who gave similar evidence earlier today.

"We went to Tesco's Shopping Centre to finish up some Christmas shopping and drive home," he said, explaining that his sister went inside while he waited in the car.

"My sister contacted me after a few minutes. She told me she'd seen Denis Hannifin in one of the aisles of Tesco and she was afraid to come out on her own and would I go in and walk her out."

The court heard that Mr McGinley told his sister to stay where she was and he would go in to meet her.

"I got out of the car and walked into the shopping centre," said Mr McGinley.

"I entered the shopping centre and Denis Hannifin was facing me and staring at me. He turned toward me and I lashed out at him. I thought he was going to prevent me from getting to my sister."

Mr McGinley explained that he punched Mr Hannifin to the side of the head with his right hand.

"After that happened, he started stabbing me immediately," he said, describing the weapon as a silver knife, seven or eight inches long with a blade on top.

"He stabbed me in my face, body, chest, back and arm. He cut me from the middle of my chest, under my arm and up my back with the knife in his right hand.

"He also cut me from the top of my shoulder, down my arm to inside my elbow."

Mr McGinley's mother, Shirley, had provided Gardaí with photographs of her son's injuries, which were taken at Mullingar Hospital the day after the altercation.

There was also a photograph of a thumb injury which Mr McGinley said he received during the stabbing, but he wasn't sure when.

The incident started just inside the shopping centre doors, he explained, and ended up inside Lloyd's Pharmacy.

"I tried to stop him. I had to hold his hands down from my body. I was holding his right arm down with my two hands," said Mr McGinley.

"I thought he was never going to stop. I was in fear of my life that he was going to keep doing what he was doing.

"We ended up in one of the aisles and I was still holding his arm. To me it seemed like it lasted a long time. He stopped then and left the pharmacy."

When asked to tell the jury about the words that were exchanged between himself and the accused, Mr McGinley said he didn't say anything at first.

"Then he said 'you're dead' and in the pharmacy he told me he could put the knife in his other hand, because I was holding his right arm," he added.

"I begged him to stop because I was going to bleed to death."

"What made you think you were going to bleed to death?" asked Mr Geraghty.

"I could feel the blood coming off my body. I was afraid I was going to die. I think I had slipped on the blood," Mr McGinley replied.

"I said I was going to bleed to death, and after I said that I think that was the end of the conversation.

"After he stopped, I was standing in the shop. There was lots of blood on my clothes and my arm had been cut. My phone was missing."

Mr McGinley had explained earlier in his evidence that, when he had walked into the shopping centre, he held his black Samsung Galaxy S6 phone in his right hand. He swapped it to his left hand when he swung at Mr Hannifin.

"I had asked my sister to go and get my phone, that it had fallen outside but she said it wasn't there," he said.

The footage then shows Mr McGinley swinging a punch at Mr Hannifin. The altercation sees both men move into the pharmacy before Mr Hannifin leaves, picking up his package on the way out.

Cameras within the pharmacy show blood on the floor and, following Mr Hannifin's exit, a number of people helping Mr McGinley who stands still while towels are held to his face and arm. His sister, Shirley, also enters the footage shortly after the incident.

The trial continues tomorrow morning before Judge Francis Comerford and a jury of twelve and will begin with a lengthy cross-examination of Mr McGinley by the defence.