‘I thought it was the end,’ says man over Edgeworthstown feud car attack

‘I will never forgive him’: Victim speaks out as cousin is jailed for violent Edgeworthstown hit and run 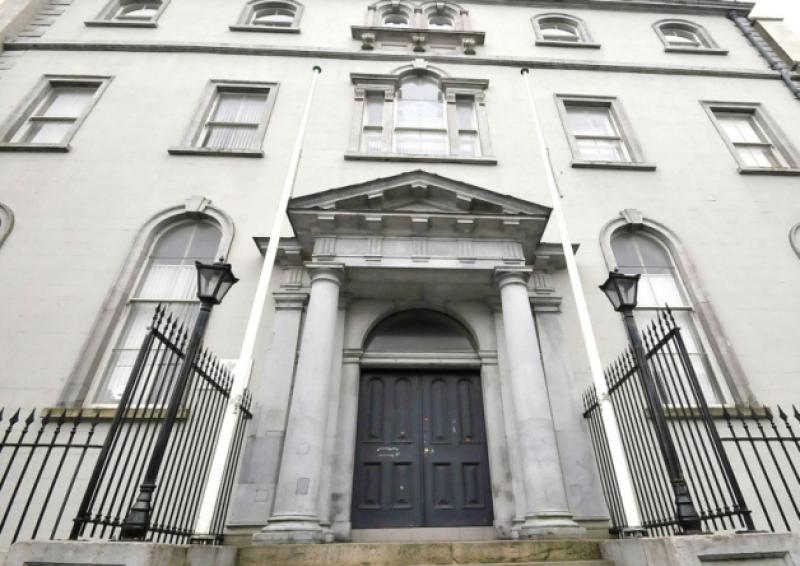 A father of two has spoken of how he believed he was going to die seconds before a car was used to run him down in a feud related incident in Co Longford three years ago.

Gerard Donoghue was speaking after his first cousin Eamon Stokes (21) of Cluain Na Sibhe, Killashee, Co Longford was sentenced to three years in prison after pleading guilty to assault causing harm and possession of a hatchet following an incident at Pound Street, Edgeworthstown, Co Longford on January 7, 2019.

A co accused Alan Whelan (27) last Thursday pleaded guilty to dangerous driving causing serious bodily harm to Mr Donoghue after it emerged Whelan had been at the wheel alongside Stokes who was sitting in the front passenger seat.

The court heard there had been “bad blood” between the two cousins over a woman with the pair inadvertently coming across each other less than half an hour earlier while collecting their social welfare from a local post office.

CCTV footage showed Stokes turning around to spit on the floor when seeing Mr Donoghue and his partner in the queue behind him.

The victim was spotted standing outside a shop shortly afterwards while his partner went into a shop to buy a drink.

Moments later, a silver Fiat Punto could be seen suddenly darting across the road, mounting a pavement and pinning the 27-year-old between the car and a wall.

The court heard the car then reversed and tried to strike Mr Donoghue for a second time before both of its occupants fled the scene on foot.

A hatchet was subsequently found in the well of the front passenger seat where Mr Stokes had been sitting along with a mobile phone belonging to the accused.

Gardaí later found photographs on Stokes’ phone which, Judge Keenan Johnson, established a firm link between the accused and the offending vehicle.

During Eamon Stokes' sentencing hearing, the court heard a key factor in the ensuing garda investigation which followed, came from his brother William Stokes Jnr.

In a statement given to gardaí on July 19, six months after the incident, Mr Stokes Jnr told of how his brother had returned from the post office to reveal he had met the accused inside.

After returning to their home on the outskirts of Edgeworthstown, Mr Stokes Jnr said he then spotted the two men change their clothing before the pair jumped into a Fiat Punto with Alan Whelan getting into the driver’s seat and Eamon Stokes in the front passenger’s seat.

The court heard Eamon Stokes had over 30 previous convictions, including three for assault, four for possession of an article, seven for criminal damage, five for public order and 11 for theft and burglary offences.

It was also revealed that Mr Stokes had breached a bond to be of good behaviour in relation to a public order offence committed in November 2020, some ten months after receiving a three year sentence with the final two years suspended for assaulting another man in August 2016.

Judge Johnson sentenced Mr Stokes to three years in prison alongside a six month consecutive prison term for breaching the terms of the previous suspended sentence handed down in January 2020.

Speaking afterwards, Mr Donoghue said he has been left constantly looking over his shoulder for fear he may be targeted again.

“This (feud) will never be over,” he said, revealing also how he has received two separate threats on his life in the aftermath of the incident.

“I thought it was the end and I will never forgive him for what he done to me.”