Residents up in arms: Locals want talks over surge in HGVs on rural road 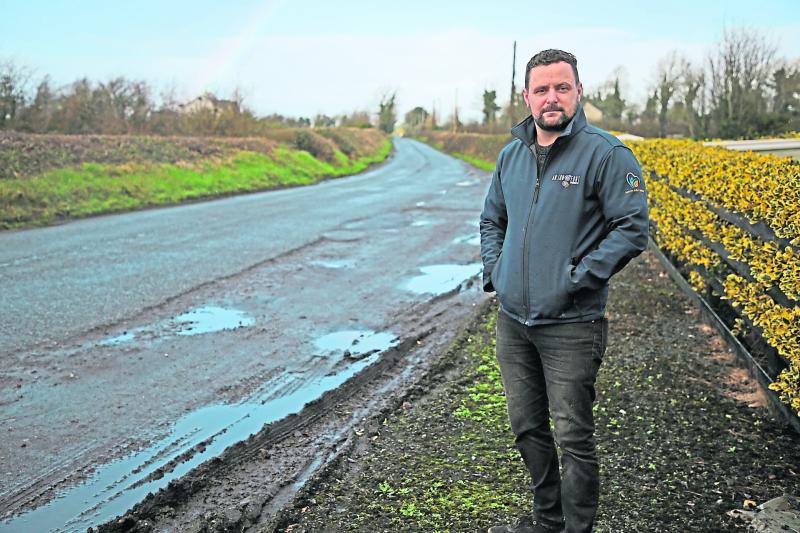 Cllr Gerald Farrell standing along a stretch of the Clonfower road outside Lanesboro Picture: Shelley Corcoran

Bord na Móna are facing heightened calls this week to show “goodwill” to local residents in the greater Lanesboro area who have been left to count the cost of the company's 'brown to green' transition.

Homeowners living along the Clonfower road want officials from the semi-state firm to address the deteriorating state of the local routeway which locals say has been exacerbated by heavy duty vehicles which access the road to draw turf.

“Bord na Móna have contracted a company to draw horticultural peat, but the problem is what it doing to the road and people's driveways,” he said.

“These trucks start around 5am every morning and the noise it is creating is also causing a lot of annoyance for people.”

The Fine Gael local politician said he, together with a county council area engineer have met with local homeowners to canvass their concerns.

He said while there was an acceptance over the need to make use of whatever turf remained following Bord na Móna's switch to green energy, a compromise of sorts was urgently required.

“Bord na Móna are a semi state company and they were looking not too long ago to build 185 metre high wind turbines close to the road and not far from these people's homes.

“All we are looking for is a bit of goodwill so that we can get the contractor into a room and to come up with a solution to take these trucks of the road and onto a main road.”