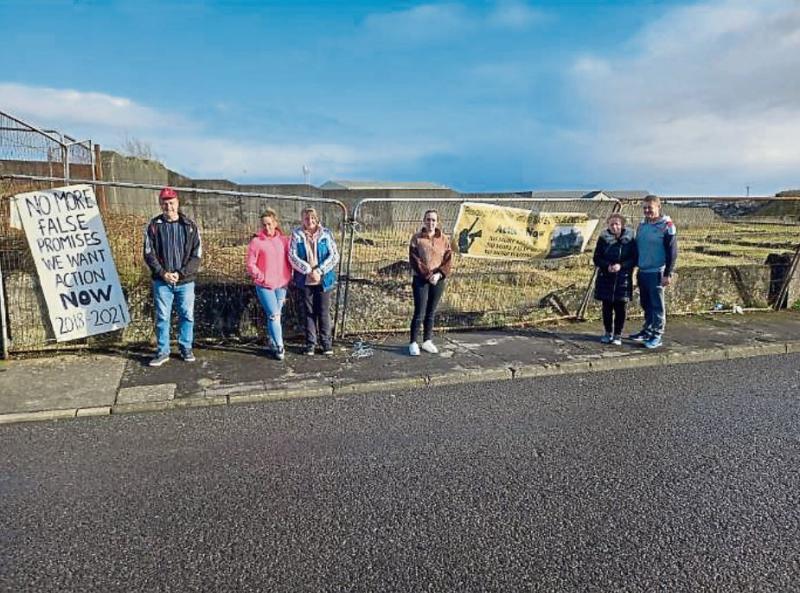 Disgruntled residents of a north Longford housing estate have bemoaned how a near four year wait for a seven figure refurbishment of a dozen derelict houses has led to “rats the size of cats” to run riot outside their homes and back gardens.

Several local authority tenants and private homeowners living on Granard's Colmcille Terrace spoke exclusively to the Longford Leader this week over the impasse which has sparked heightening health and safety fears.

In the region of €1.6m had been set aside in May 2018 by then housing minister Eoghan Murphy to revamp 12 vacant units on the estate.

Longford County Council opened talks with approved housing body, Tua, soon after in an effort to fast-track those plans.
Close to four years on however, locals are still waiting to see any form of building work commence, prompting a torrent of ire in the process. 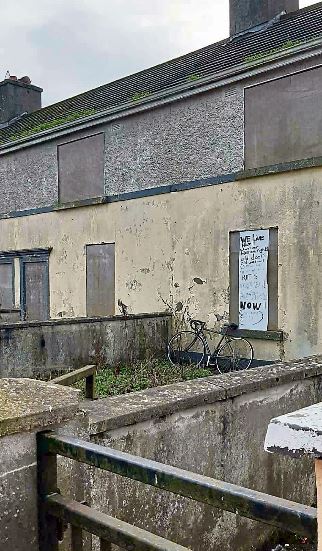 Tracey Stokes said she, like many of her neighbours had steadily lost faith in seeing the project ever get off the ground.

“It’s four years in May now and we are still waiting,” she said.

“No one is giving us answers.”

Pointing to a boarded up two storey house lying adjacent to her own home, the mother of four said she had been left exasperated at the living conditions she now has to face on a daily basis.

“I've had to deal with flooding, there is no drainage, nothing here,” she contended.

“The windows are loose and if you look closely inside them, there is just black mould all over them.

“The doors are no better. There are draughts everywhere and there is no insulation in the roofs at all. It's hell on earth.”

Ms Stokes said the deteriorating aesthetic standard of the estate has brought with it umpteen other, more sinister concerns.
She said the scale of the estate's all-round dilapidation has led to the discovery of “burrow holes” being built at a number of abandoned houses by rats and other rodents.

Fellow resident, Kevin Small concurred, saying the increasing levels of infestation allied with speeding concerns at both ends of the estate had made it a virtual “no-go area” for young children.

“I am here about ten years now,” he said.

“There is an old house next to me and it’s just vandalised and full of rats the size of cats.

“We can’t even let our kids out.

“I have six kids, my youngest is five and to be honest with you it’s too dangerous with the speed the cars roar through the estate.”

Kevin said the lack of insulation and heating in his own home had left him having to bleed radiators on an almost continual basis just to keep warm at night. 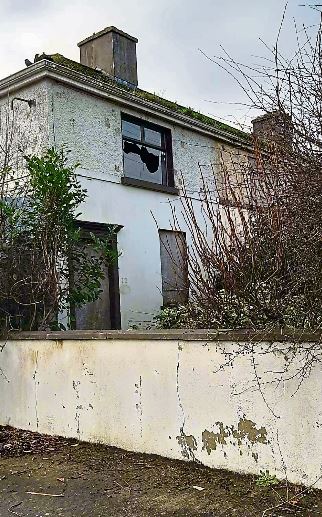 A few doors down, Rosie McQuillan told of her own battles in trying to uphold a home already beset by chronic dampness.

“I am getting it (condensation) from the three (houses) beside me,” she said.

“My rooms are soaking. And as for putting on a fire? It’s the bog I would need to keep the house warm.

“The condensation and mould going up the walls is just shocking.

“It's that bad even the sheets in my bedroom are damp.”

Mother of four Caroline Kelly was another irate local resident to hit out.

She spoke of how she had been left with no option but to dig deep into her own savings to keep her three-year-old son, who suffers from respiratory problems, warm.

“He suffers very bad with his chest so much so I have to keep humidifiers on constantly in the house,” she said.

“My heating bill is high too because I am buying kerosene all the time as I have kerosene heaters and the range going the whole time.

“We have to because we have no choice with small children.”

Ms Kelly said the escalating presence of vermin had attracted wild cats onto the estate, culminating in one of her neighbours being attacked by one last summer.

And like those before her she said the unsightly presence of boarded up houses, slews of illegally dumped rubbish and overgrown wasteland had caused the estate's reputation to go before it among the wider public.

“If you drove by here you would automatically think the people living here are terrible with the way it is,” she said.

“I remember trying to sell a car outside the house. The buyers came from Clare but when they seen the estate they drove straight back after driving for three hours and wouldn’t answer the phone.

“That's what we are up against and it's not fair. We shouldn't have to live like this.”

At a meeting of Longford County Council last week, Cllr PJ Reilly said residents were very much “on edge” amid rumours talks with Tua had broken down.

“We are heading on four years now since Tua were introduced to us and they promised the sun, moon and stars of it (refurbishment) being a state of the art job,” he said, in putting the issue at the local authority's top table.

In response, Director of Services John Brannigan said he did not want to disclose the finer details over where those negotiations stood, but gave a commitment that work would commence over the next 12 months.

He said while the council were keen to avoid a situation years previously where public money had been spent on the estate before it later fell into disrepair, the need for State action was pressing.

“It is acknowledged it has gone on for too long with the best of intentions and I would see in 2022 either an approved housing body or Longford County Council will have to make a move on regenerating Colmcille Terrace,” he said.

“We just need to manage it and manage the expectations of the area.”