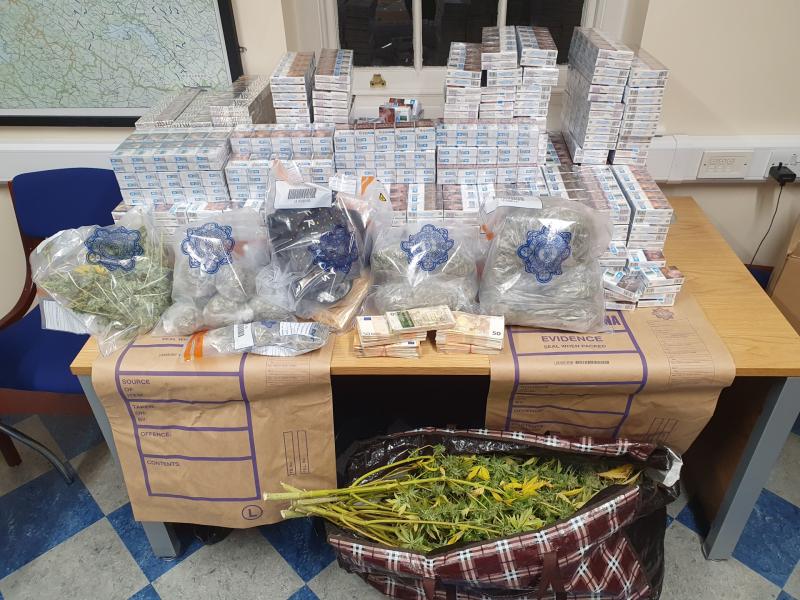 Gardaí have seized €25,000 worth of suspected cannabis plants and cannabis herb along with €42,500 in cash and £8,000 in sterling following the search of a house in Arva overnight.

Gardaí arrested a man in connection with dangerous driving after his vehicle failed to stop for Gardaí yesterday afternoon.

This man was arrested in relation to road traffic offences.

During the course of follow up enquiries a house in Arva was searched under warrant on Tuesday shortly after 5pm.

These illicit cigarettes are estimated to have resulted in a loss of €27,000 to the State.

Gardaí say their investigations are ongoing.