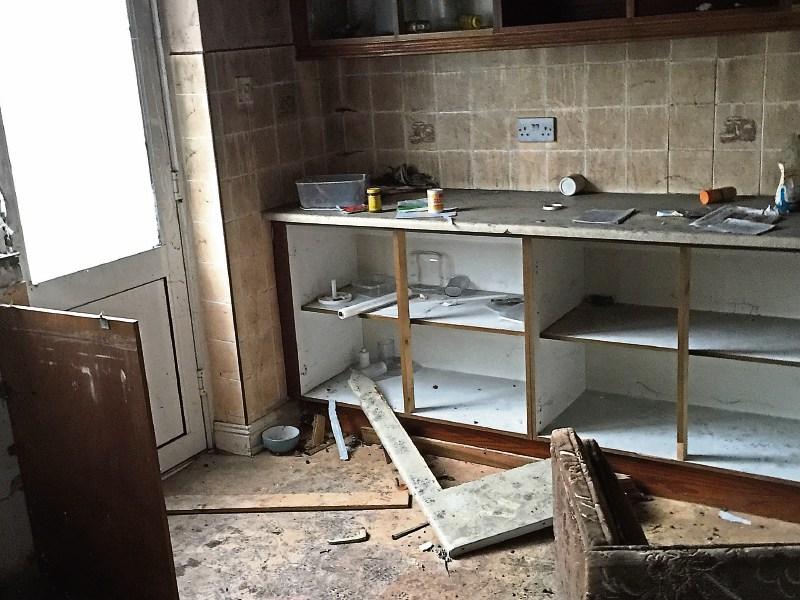 Local authority tenants who leave houses in a dilapidated state of repair should face the full rigours of the law, it was contended this week.

Fianna Fáil Cllr Seamus Butler urged council senior officials to vigorously pursue those who are found to have vandalised properties after they vacate them.

His comments came at this month's January meeting of Longford County Council where it was disclosed it currently takes almost a year on average to re-let a house after being handed back to the local authority.

“In 2020 we renovated 138 properties which is quite a number of properties with a 44 week turnaround,” he said.

“It's (49 week turnaround time) an average figure as we are looking at bringing back properties that have remained vacant and off the radar.

“If you take a property that has been vacant for 15 years that’s 780 weeks and that hits our performance indicators.

“If you look at 20 of them we are looking at 40,000 weeks which means the performance indicators distorts what we are actually doing.”

Cllr Butler said despite a broader acceptance of there being no “magic bullet” to reverse those figures, the option of taking legal action against tenants suspected of vandalism was worth considering.

“There are some houses that have been left in an absolutely deplorable state and ripped apart,” he said, adding it was not the first time he had raised the possibility.

“ What I asked at that time was have we ever sought to prosecute anybody for criminal damage because I think we should as it would send out a message that you can’t just pull out the floorboards and skirting boards of houses and walk away.”

Mr Brannigan said though the council had not historically adopted such measures, it was adamant over its stance in following individuals who attempt to carry out works on local authority houses without any means of consultation.

“We have strengthened our estate management team and while we haven’t traditionally prosecuted anyone for criminal damage, we have initiated a number of processes around where people have altered the local authority property without the consent of the landlord,” he said.

“We will be following these tenants.

“It’s unacceptable any works are done to our houses with us, the landlords, which we are unaware of beforehand.

“We will be looking to have the properties reinstated or we will be proceed with court proceedings against the individuals.”
Councillors were informed that of the near 2,200 properties the council has on its books, 154 are currently vacant, returning an overall vacancy rate of 7 per cent.

Mr Brannigan said efforts, including the introduction of a stock management system and reallocation policy had aided the council's attempts to reduce the turnaround times of vacant housing stock.

Cllr Ross said the current 49 week timeframe was “hard to justify” and asked if larger contractors could possibly be procured to reduce those statistics.

His Independent colleague, Cllr McGovern followed suit, citing how the current wait was affecting one of his own constituents.

“I have a woman that was allocated a house on November 1,” he said.

“She is 78-years-of-age and if she doesn't get a house in the next three months, she won't be around.”