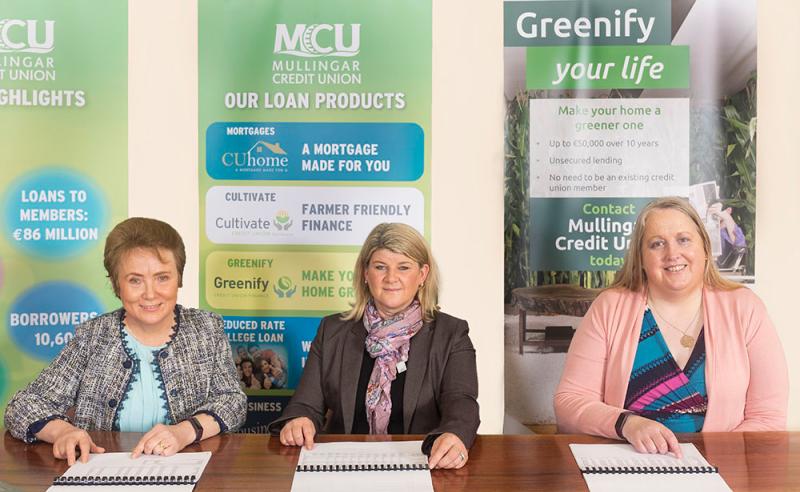 The annual general meeting of Mullingar Credit Union (MCU) is scheduled to be held on Wednesday, January 26 at 7pm, where members will hear that MCU had a successful financial year to the end of September 2021 and made a surplus of over €2.8 million.

MCU is unable to hold their usual in person AGM due to Covid-19 restrictions so the meeting will once again be held online. Members who wish to attend the online AGM will have to register in advance on their website www.mullingarcu.ie

The MCU Annual Report is being distributed to members, both in the post and online. For the current year the income and expenditure of the Longford branch is included for the full year whereas in the previous year these were only included for eight months following the Transfer of Engagements in January 2020.

Chairperson of the Board of Directors of Mullingar Credit Union, Paul Isdell, explained that the Credit Union generated a surplus of €2.8m for the year, an increase of over €1.25m on the previous year.

Members’ savings now stand at over €350m and loans to members have increased by almost €4m during the year to total just under €86m on September 30, 2021.

MCU’s reserves were €54m and total income increased by over €600,000 to €9.13m. “This was mainly driven by an increase in loan interest earned,” remarked Mr Isdell.

The Chairperson mentioned the operating and financial pressures faced by both MCU and the wider credit union movement, including the continued inflow of savings, low investment returns available and muted loan demand.

Mr Isdell commented, “With the Credit Union now operating in five branches (Mullingar, Longford, Castlepollard, Kinnegad and Rochfortbridge), this new name will give us one identity, while retaining our connection to each locality. I would very much like to thank the Rebranding Committee for all their hard work in developing the new look.”

Highlighting how savings continue to grow on a monthly basis, Mr Isdell said that MCU, to date, have maintained a limit on the maximum savings that a member can have at €100,000.

However, he pointed out, “This rate of savings growth is not sustainable in the long term and at some stage we may have to take action to curb the increase in savings. Other credit unions have introduced reduced savings limits and other measures to achieve this. The Board monitors the savings increase monthly and will continue to assess the situation and make decisions as necessary.”