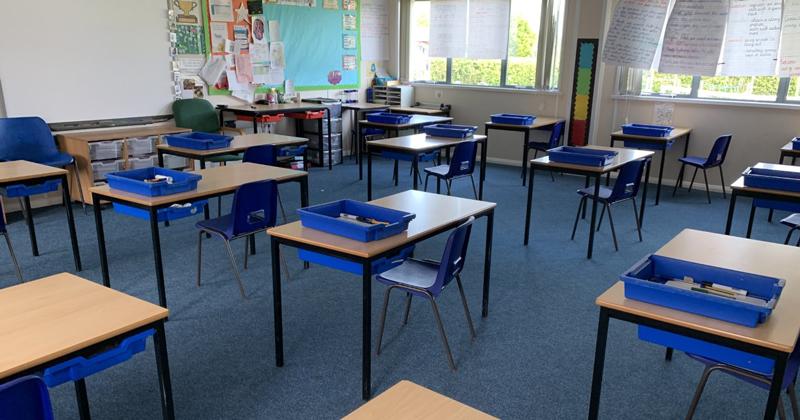 Government leaders should allow "leeway" for schools beset by Covid-related staff and student absences to close on an individual basis.

According to chairperson of Ballymahon Vocational School's board of management, Cllr Pat O'Toole, greater scope should be afforded to schools that have been under siege from the latest wave of Covid-19.

"I do think they (government) could look at giving more leeway to allow schools to close for a couple of days if they have large numbers of teachers and students out," he said.

Cllr O'Toole was reacting to the re-opening of first and second level institutions yesterday which saw attendances markedly down among staff and students.

Pupil numbers were down by an average of about 30 per cent due to families either self-isolating or because of growing apprehension over returning given the level of Covid-19 in the community.

Schools were also forced to scramble to find substitution cover after around 20 per cent of teachers on average were unable to attend class for Covid reasons.

The Fianna Fáil local politician said the crux of the problem affecting schools was not primarily linked to rising case numbers, but more associated to current Covid-19 close contact rules.

"It's a delicate balancing act," he said.

"The big problem is the whole area of close contacts, that's what's causing a lot of it (absenteeism)."

Cllr O'Toole also said the time had come for senior officials within the Department of Education to "provide clarity" to Leaving Cert students about whether or not accredited grades will be used in this year's state examinations.