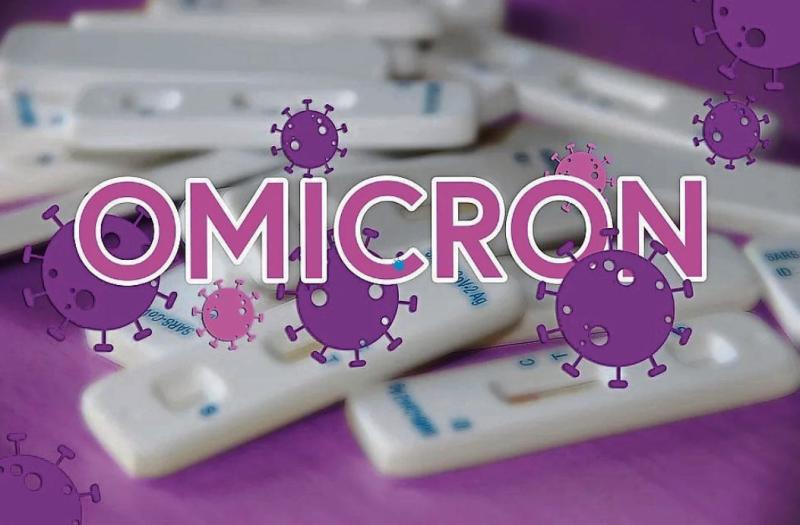 Concerns are growing as the highly-transmissable Omicron variant of Covid-19 continues to sweep across the country, causing staffing issues for many businesses, as well as a reduction in Garda levels

Businesses across Longford are facing staffing shortages as more and more locals test positive for Covid-19 or are isolating due to being close contacts.

And, while it has been confirmed that Omicron is not as severe as its predecessors, it is highly transmissable, leaving employers stuck for workers as the new year begins.

Award winning Abbeyshrule restaurant, the Rustic Inn, announced a pause in its dine-in service last week due to a number of staff contracting the omicron variant of the virus.

“From March 2020 here in The Rustic Inn our priority has been one thing, keeping staff and customers safe,” said owner, Ed McGoey, when announcing the closure.

“Currently we have a number of staff who are deemed close contacts and are awaiting PCR tests and results, and regardless will have to isolate for five days at least. To ensure we can facilitate these full isolation times we need to reduce our operations.”

From Thursday, December 30, the restaurant has been offering a take out menu only for ten days “to give all staff the breathing space they may need”.

“Our full menu will be available from 3pm to 8.30pm every day. The front bar will be open while we can with strict social distancing. We intend to re open fully on Saturday January 8th,” Mr McGoey explained.

“We are currently trying to contact reservations to let them know. We don’t take this decision lightly and it is with a very heavy heart but public health is our ONLY priority.”

A day later, on December 31, Ballymahon restaurant Jolly Boys announced its closure “until further notice” due to the similar issue of staff members testing positive for Covid-19.

In an announcement on Thursday last, the local eatery stated that it would be closing its dine-in service from Friday, following some staff members testing positive for Covid and others awaiting PCR tests.

“We’ve decided to close our doors until further notice for both dine-in and takeaway from tomorrow (January 1, 2022),” the statement read.

“Our staff and customers’ safety is more important than anything else. It wasn’t an easy decision but it’s the correct decision. We will keep you up to date on our reopening through our social media channels.”

Meanwhile, Garda forces across the country are operating at 82% due to a large number of members having to isolate with the virus or due to being a close contact of a positive case.

“In Roscommon/ Longford, we are seeing a massive reduction in Garda numbers seen countrywide owing to the latest strain of Covid-19 replicated,” said Dave Conroy of the Garda Representative Association (GRA) on Monday morning.

“The GRA in this division looked a number of months ago for antigen tests to be provided for Gardaí by Garda management but, owing to the change in the operating policing model, this was not able to be facilitated, with local managers not being able to access budgets which have now become centralised owing to these changes,” he added, noting that since that previous request made by the GRA for antigen testing, Gardaí have now been provided with antigen tests.

“The need for priority PCR testing for Gardaí is urgently required so that a credible policing service is sustained.

“Currently, people (including frontline gardaí) are waiting days for a PCR test, let alone the results of same, which is both unsatisfactory and inadqute, resulting in a diminished workforce,” said Gda Conroy.

Case numbers for Covid-19 remain high with the government announcing a record 23,381 cases on New Year’s Day - the highest daily total since the pandemic began.

Furthermore, hospitals are under increasing pressure with a total of 804 patients reported to be hospitalised with Covid-19 - the highest since February 17 last year. However, ICU numbers are dropping.

Despite the high numbers, Green Party leader Eamonn Ryan has confirmed that schools, colleges and creches will reopen as planned in the coming days.