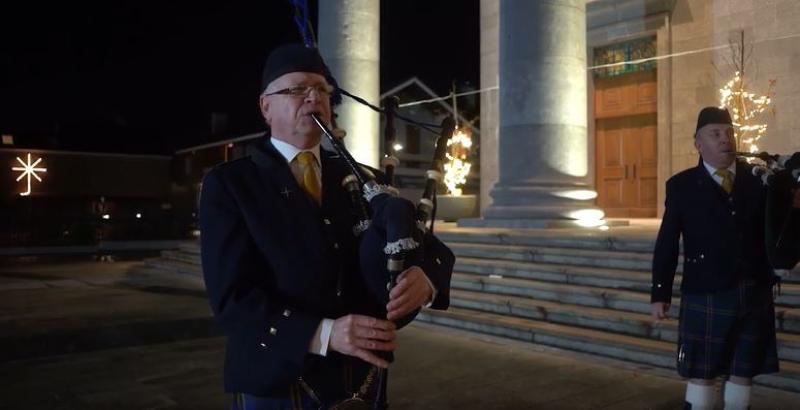 Tradition is more important now than it ever was as the world continues to battle its way out of the grip of the Covid-19 pandemic. And one tradition that certainly won't be dying out this year is Longford Pipe Band ringing in the new year.

This is the 56th year that Longford Pipe Band will be ringing in the new year.

"Two of us have been there for most of it," explained pipe band member Benny McGuinness.

"Tradition is a big thing. It's something for New Year's Eve. It's tradition and if we broke that now it would be history gone. Year after year a lot of people have come out to see it. We see some of the same faces coming out of their nice warm homes to see us every year so we do it and that's it. To see the happiness in people's faces is what makes it."

Covid-19 has been "a nightmare" for the band for the guts of two years as they couldn't get together to practice but it hasn't dampened their spirits as they find ways to continue bringing tradition to Longford.

There are approximately twelve members in the band now, with new generations carrying on the tradition.

"It's a family affair now," said Benny, explaining that his own two daughters are a part of it, as are several other family members.

"Last year, Shane Crossan did a video for New Year's Eve and it was brilliant. That went global," he added, noting that Longfordians across the globe who couldn't come home for Christmas last year were grateful to be able to partake in the tradition, if only online.

It's been a long time running, Benny agrees, with tonight marking the 56th year and it's hard to know how much longer the tradition will be kept up.

"We might go for the 60th but whether we'll be able to walk or not is the next thing," he laughed.