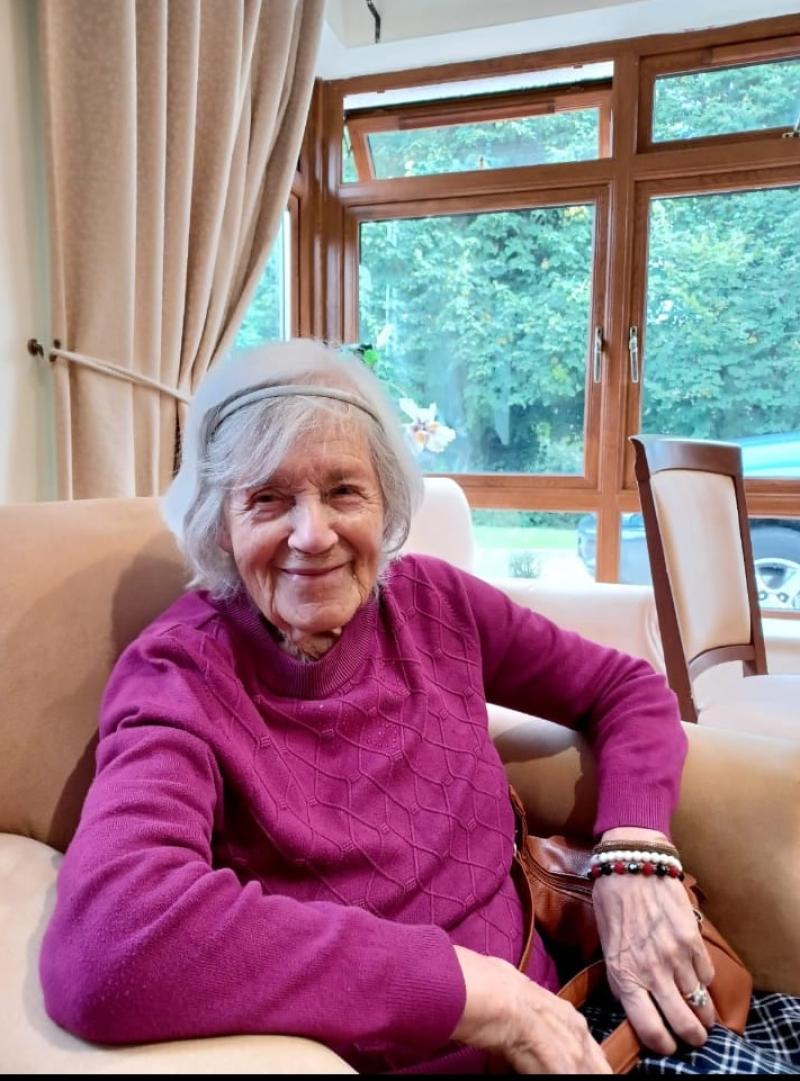 Kathleen was predeceased by her husband Jack who died in 1998, to whom she was married for over 50 years and also her daughter Moira who passed away just over 6 years ago.

Kathleen had a great personality, always outgoing and most welcoming to anyone who called to her home. The kettle was always on the hob ready for the many visitors who dropped in to her. She was a great cook and a very kind and caring neighbour down the years.

Kathleen was known all her long life as a very quiet, respected and a woman who always had a big smile on her face.

She had a great love of the outdoor life having been born along the banks of the royal canal in Ards, Kenagh. She moved up to Carrickedmond following her marriage to her late husband Jack and reared her family of two sons Des and Tom and her late daughter Moira.

Kathleen had a great love of animals and throughout her early years was a regular at the Ballinasloe horse fair where she loved to mingle with the crowd, view the horses on display and purchase from the many stalls at the fair.

Aged 95, Kathleen enjoyed her crochet and knitting and of course her style. She loved music and among the instruments she played were both the violin and the accordion.

She always enjoyed going to various sessiúns, especially when her son Tom, well-known musician was playing, she definitely passed on her love of music to her family. Music gave her great joy.

Unfortunately due to ill health she went to stay in Thomond Lodge Nursing Home three years ago where she was looked after with loving care by the staff, as she was when she went to Tullamore hospital recently.

Indeed for the last ten years or so each of her family, Moira, until her death, Tom and Dessie looked after her with great love every third week.

Kathleen’s Funeral Mass was celebrated by Fr Charlie Healy in The Church of the Sacred Heart, Carrickedmond on Saturday, December 18 at the end of which Dessie thanked all his cousins who travelled over from England to be with the family at this sad time and also the many people who travelled long distances.

He also thanked the management and staff at Thomond Lodge Nursing home for their loving care during Kathleen’s stay, it was a home from home for her, everyone in Tullamore Hospital for their kindness to her and their many neighbours and friends who helped out in so many ways over the years.

We extend our sincere sympathy to Kathleen’s sons Tom and Dessie, to her grandchildren, great-grandchildren, sisters, nieces, nephews, daughters-in-law, son-in-law, sister-in-law, brother-in-law, relatives, neighbours and many friends. She was laid to rest in Carrickedmond Cemetery.

May her gentle Soul rest in peace.