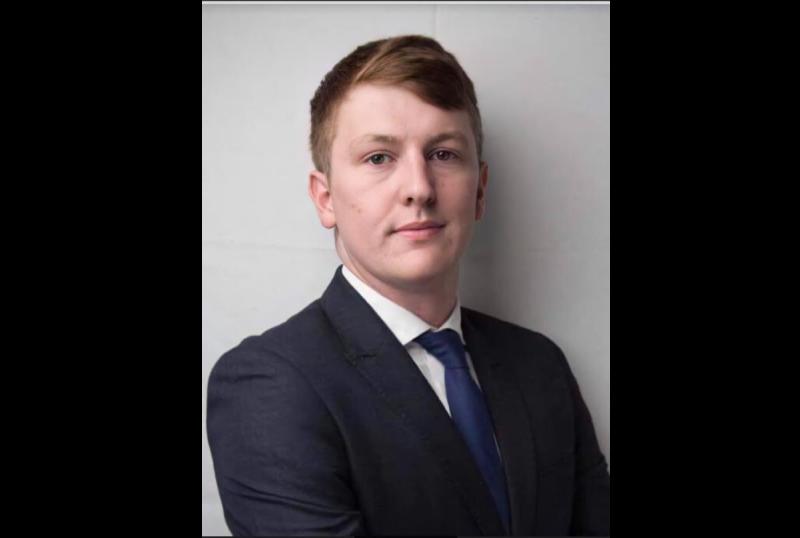 A talented young man killed in a fatal road crash in Co Longford over the weekend has been remembered as an academic genius who touched the lives of all who knew him.

They were the overriding sentiments delivered to mourners at the funeral mass of  twenty-four-year-old Brian McGinnity at St Mel’s Cathedral today, five days after the UCD graduate was tragically killed in a single vehicle road collision.

The fun loving aviation enthusiast, of Cartron Big, Longford, was the front seat passenger in a fatal collision that occurred on the Cullyfad Road at Coolnahinch at around 12.30am last Friday.

His heartbroken Uncle, Stephen, delivered a moving eulogy and told of how his nephew’s love of flying saw him become Ireland’s youngest pilot at 17-years-old.

“He had his pilot’s licence even before he had his provisional driver’s licence and he was good at it,” he said.

“When he was doing his own solo flying exam it was Brian who was giving advice to the examiner.”

Symbols highlighting those talents including a set of wings, together with a family photo and musical records were brought to the altar as lyrics from one of his most treasured tracks, Bob Dylan’s ‘Blowin’ in the Wind’ reverberated around a stony silent cathedral.

“Brian was a person with a rare combination of qualities,” he added.

“He was kind, light hearted, mild-mannered. He could voice his opinions, he was never opinionated. He was never judgemental, he was his own man.

“For me it was just a privilege to be his uncle.

“You were too good for this world Brian, maybe you are needed elsewhere and we are going to miss you.”

Chief celebrant, Fr Brendan O’Sullivan underlined many of those emotions as he paid testament to the infinite love and support Brian had received in achieving those aims from his proud father Eoin, late mother Kathryn, sisters Aileen, Katie and Jane as well as his grandparents and extended family.

Fr O’Sullivan said his early schooling at Gaelscoil Longfoirt  and Cistercian College in Roscrea had provided the perfect grounding for Brian to excel in almost every facet of life he set his mind to.

One of those, he said, included the time spent working alongside his father Eoin in the family run hardware store Providers and being the “wonderful” son he took immense honour in fulfilling.

“Brian was a very bright and intelligent young man,” he said.

“ He was able to set goals and achieve whatever he put his mind to.

The late Brian McGinnity is pre-deceased by his beloved mother Kathryn and by his grandparents Sean and Eileen Gallagher. Brian will be sadly missed and remembered with love by his family, father Eoin, sisters Aileen, Katie and Jane, grandfather Eugene, grandmother Finola, aunt Lisa, uncles Colin and Stephen, relatives and many friends.