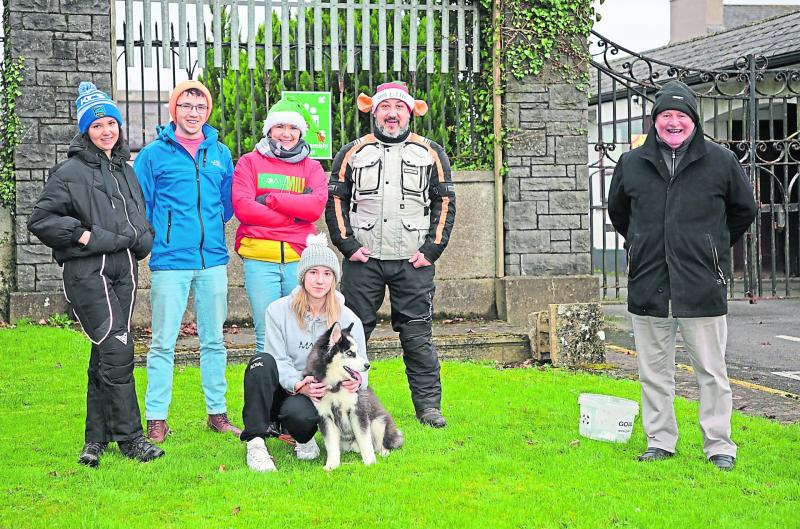 A Longford volunteer for humanitarian agency, GOAL, is calling on people in the county to get moving for a great cause and walk or run a mile this Christmas.

The event, which has taken place at Connolly Barracks every Christmas Day for decades, will be virtual this year due to ongoing Covid-19 restrictions, but organiser Tiernan Dolan says it will go ahead "come rain, hail, sleet or snow".

The perfect stocking filler with something for everyone in local publication

According to Tiernan, approximately a hundred people participate in the annual event, with last year's group socially distancing throughout.

He said, "It's a Longford tradition, the same people turn up year after year, some people who have come home for Christmas from all over the world come together for a quick meet up and to do something a little different."

Tiernan says it's important to remember to do things for others at this time of year, particularly as it's been such a trying time for so many people.

"At a time of plenty it's good to be able to give back a little bit, and even to get out of the house as well on Christmas day to sort of shake off the cobwebs for a period of time. You are doing something positive and not self-indulgent, just thinking about other people who are incredibly less well off than ourselves."

He has been abroad with GOAL fifteen times, to places such as Honduras and Haiti, and said, "I've seen where the money goes and it makes a huge difference. The need over there is even more so now than ever before, I think."

Although a donation of €10 per person is encouraged, any amount of money is greatly appreciated. "Every single cent is good. There's no particular goal on how much to raise, everything is very gladly accepted. We say ten euro here can be the equivalent of well over two hundred any place else. It does, it makes a huge difference. Even if they have one euro, it's more than welcome."

Usually participants walk from Connolly Barracks through the town at 12pm noon, but people can participate in other ways if preferred, for example by walking a mile at home.

According to Tiernan, the initiative has raised well over €100,000 to date.

"I've been involved with GOAL for a long time, the amount raised locally has been per capita the highest of any county in Ireland. Longford people are very generous, extremely generous, I couldn't praise them enough. I have  hundreds of stories of being given money down the town before I went abroad as well. I can't thank the people enough for their support over many decades."

Tiernan expressed thanks to Gardai, all supporters, and Longford Leader photographer, Shelley Corcoran, for turning up to photograph the event every year, as well as former Officer Commanding of Connolly Barracks, Ciarán Dalton.