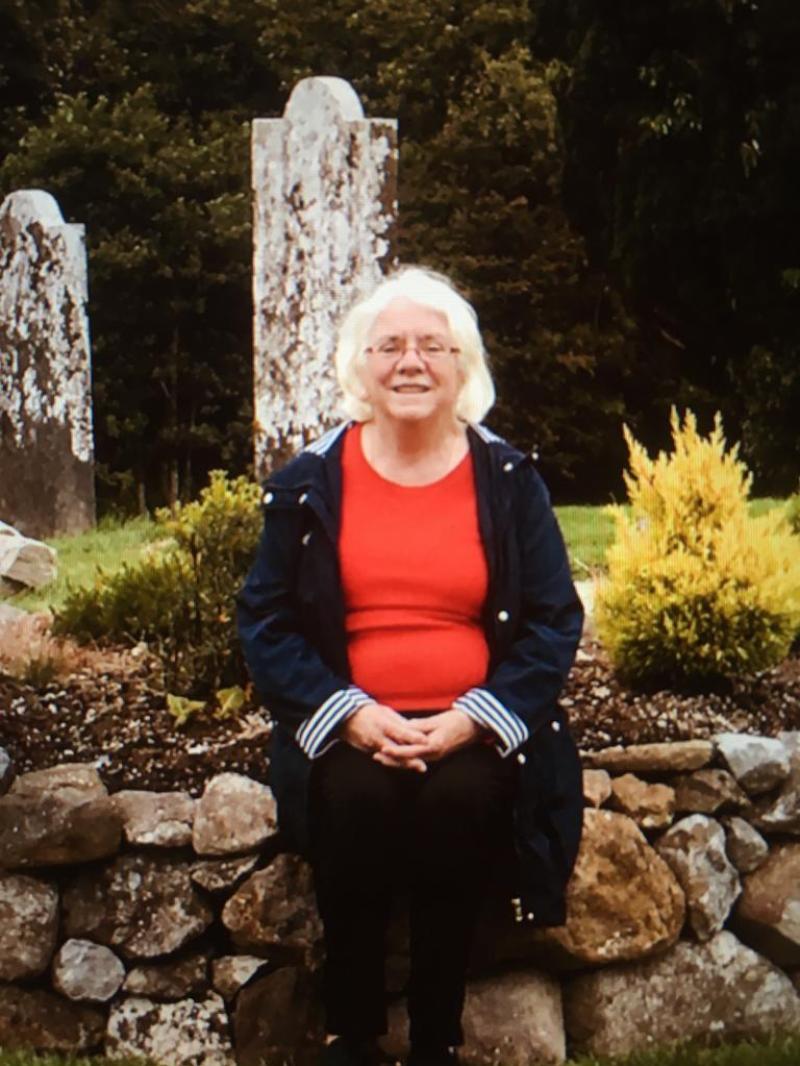 It was with deep regret that we learned of the sad and untimely death, after a short illness, on Wednesday, November 17, of Rose Marie Clarke (nee Draper), Creevaghmore, Ballymahon.

Marie, as she was affectionately known, was predeceased by her parents James and Mary (Dell) and siblings Michael, James, Thomas and Betty.

Marie worked in Garda O’Hora’s home for a few years upon leaving Ballymahon Vocational School. She left Ballymahon back in 1970 to go to London where she worked for a number of years.

She met her husband Jim (from Mayo) in London, at the wedding of her sister Eleanor and Jim’s brother John and got married in London in 1973.

She was the very loving mother of their three sons James, Vincent and Aidan whom she often spoke of to her neighbours and friends with great pride.

She was a lovely, genuine lady who always liked to stop for a chat, she enjoyed a good joke, was a very kind and helpful neighbour and loved her Soaps, not to mention watching “The Chase” and “Tipping Point”. She also enjoyed all types of music.

Marie and Jim returned to Creevaghmore in 1984 to look after her Dad. She then went on to work in the home of Patrick and Hillary Claffey in Ballymahon where she spent 23 years, and she looked after the family like her own.

Her Funeral Mass on Friday, November 19 was celebrated by Fr Oliver Devine in The Church of the Immaculate Conception, Forgney and she was laid to rest in the adjoining Cemetery.

The Prayers of the Faithful were read by Sylvia Moorhead and Briona, Ross and Muireann Claffey whose home she worked in for so long. She will be dearly missed by her family and friends.

Many of Marie’s family, neighbours and friends were in attendance to pay their respects to her heart-broken family at this difficult time which bore testament to the height of respect which is held for the Clarke family.