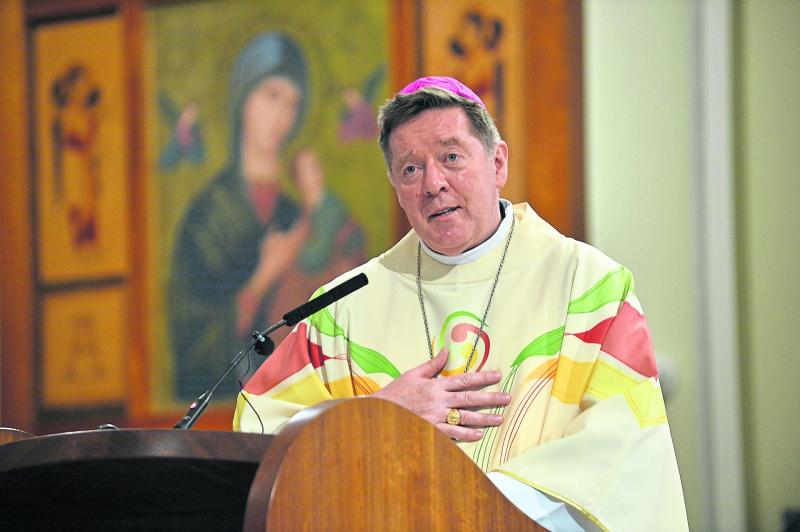 Archbishop-elect Francis Duffy concelebrates Mass in the Cathedral of the Assumption of the Blessed Virgin Mary, Tuam. Photo: Ray Ryan

Church leaders could take up to 12 months to appoint a new bishop to the Diocese of Ardagh and Clonmacnois.

It comes after Bishop Francis Duffy was last week appointed Archbishop of Tuam.

Archbishop-elect Duffy will replace Archbishop Michael Neary who formally submitted his resignation to the Vatican earlier this year.

Fr James McKiernan, administrator at St Mel's Cathedral congratulated the Cavan native and admitted his successor would have “high standards” to follow.

“He is certainly very competent and a capable man of the job entrusted to him. He served the the Diocese extremely well over the past eight years,” he said.

“He got to know the people of the diocese and is someone who is a very hard, committed worker.

“He is a great loss as he had been very proactive in getting initiatives up and running.”

One of those ventures alluded to by Fr McKiernan was the organising of an assembly concerning the future direction of the Church.

The Longford administrator said the challenge posed by taking on a diocese as vast as Tuam was one the 63-year-old had all the credentials to master.

“Obviously it's a much bigger diocese with there being 61 perishes compared to our 41 and there are parts of the Gaeltacht so he will have to have a strong command of Irish, but he is a man who works long hours and who is very dedicated and I am sure he will bring that into his new diocese,” added Fr McKiernan.

Bishop Duffy will remain in situ in an administrative role until at least Christmas before taking up his new position in the new year.

Speaking at a Mass in Tuam Cathedral to mark his appointment, Fr Duffy said he had been left “humbled and surprised” by his promotion.

“You all are needed more than ever now. Best wishes to all of you. Know that your service is very important to us all,” he said.

The newly elected archbishop said Google maps will be his go-to page for some time as he plans on going on “the highways and byways and the boats to visit the people in their parishes as soon as possible.”

The Leader understands it could be up to 12 months before a successor is chosen to replace the outgoing Archbishop-elect.

The wait is not expected to take as long as the three-year vacuum that followed Bishop Colm O'Reilly's resignation in May 2010 on age grounds before Bishop Duffy's appointment to the diocese of Ardagh and Clonmacnoise in July 2013.