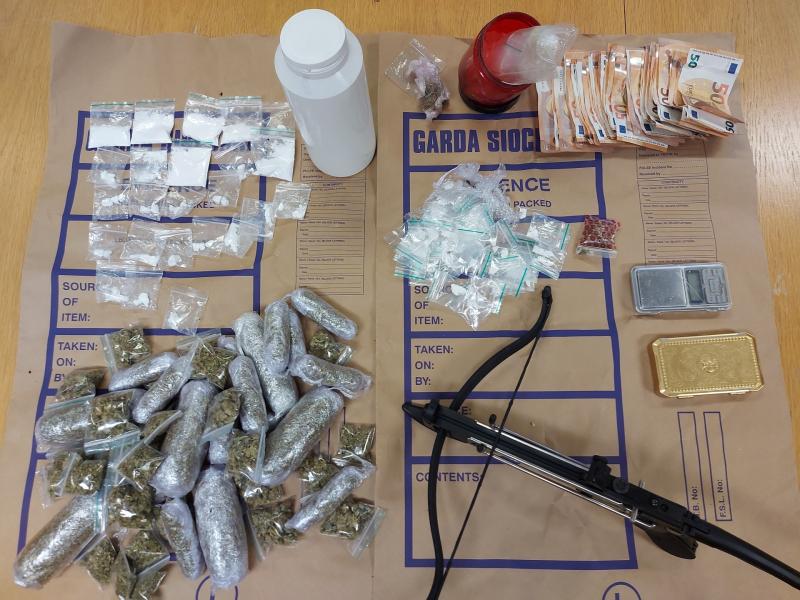 Gardaí in Longford have seized over €35,000 worth of drugs in Longford town following a major search operation this morning

Over €35,000 in drugs has been seized by gardaí this morning following a raft of searches carried out in Longford town.

Controlled drugs including cannabis herb and cocaine to the value of around €36,000 were retrieved from a major operation led by Divisional Drugs Unit officers.

It's understood a total of nine properties were searched. No arrests have been made as investigations into the find continue, but gardaí have this afternoon confirmed a definite line of inquiry is being pursued.