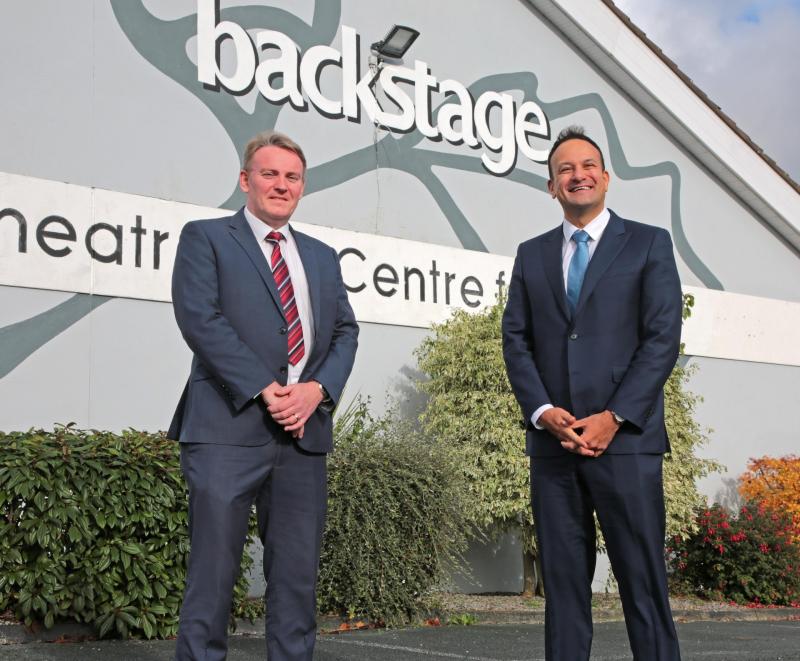 Government bosses and local authority chiefs are in talks to secure a purpose built facility in Longford town that could bring up to a “few hundred” new jobs to the county.

Tanaiste Leo Varadkar told of how he held discussions last week with high ranking council officials over plans to identify a site with a view to attracting a major multinational firm to the county town.

The Fine Gael leader said he intended opening similar talks with IDA chief executive Martin Shanahan over the coming days in a bid to further that cause.

“(I spoke) with council officials about getting an advanced building solution in Longford town because one of the things we found around the country is when the IDA builds a factory or builds a plant you are much more likely to get the investment from a multinational company when you have a ready build premises for them to move into,” he said.

During that exchange, a number of small firms including pubs spoke of a much straitened marketplace in the face of large-scale grocery and supermarket giants.

Mr Varadkar conceded Longford was a county which had previously, perhaps, suffered in the shadow of more densely populated midland towns.

“The real problem in Longford has been about identifying a site and getting our hands on it,” he said.

“Longford, in many ways, is the perfect town for new investment. We have had lots in Athlone, lots in Mullingar, maybe not so many as we should have had in Longford.

“Having an advanced building solution in Longford, if we can get that done in the near future could potentially bring a few hundred more jobs into the town.”

Anne-Marie Tierney-Le Roux, head of regional business development at the State agency, told a meeting of Longford County Council of how the IDA was committed to building a dedicated facility aimed at luring a large multinational firm to the county.

“We (IDA) will build it (building) and hopefully they (client companies) will come,” she said.

“The skills, talent, placemaking and all the other areas the IDA are interested in is there (in Longford) and we believe we have a winning formula in Longford.”