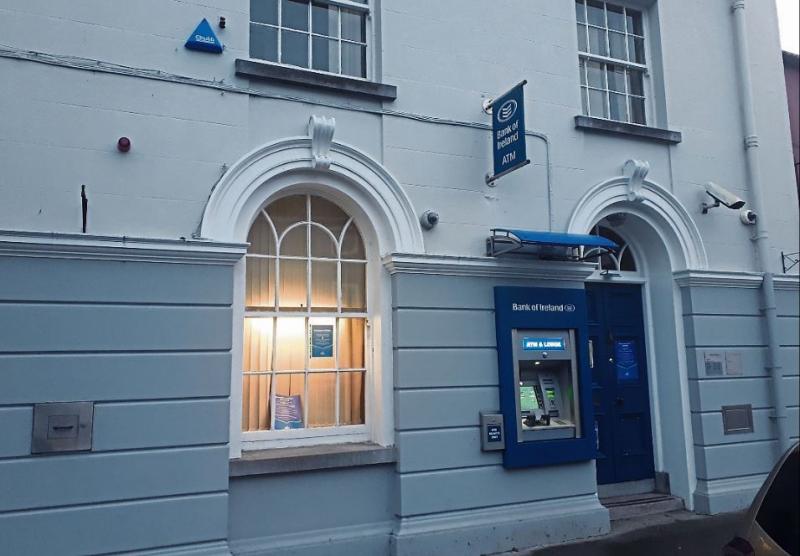 Tanaiste Leo Varadkar has thrown his weight behind calls for local authority chiefs to snap up Bank of Ireland’s former headquarters in Granard.

The Fine Gael leader said moves to give council bosses the green light to acquire the building were “very much” on Rural Affairs Minister Heather Humphreys “agenda”.

Mr Varadkar’s comments come after the Leader told last week of how the three storey building was being viewed as a possible and significant addition to the council’s property portfolio.

The Minister for Enterprise was in Longford yesterday to speak to local businesses and interest groups over ongoing challenges posed by Covid-19 and how counties like Longford were attempting to readjust economically.

“It’s definitely something we are considering,” said Mr Varadkar, when asked by the Leader if government bosses were supportive of those calls.

“We have seen a lot of bank closures in the last year or so, both Ulster Bank and Bank of Ireland and some of those buildings are a heritage building in the middle of a town.

“It would be a shame to see them fall into disuse or to be used for something inappropriate and one of the things Minister Humphreys is doing as Minister for Community and Rural Development is examining those properties and seeing if there is a possibility to take them into public ownership.”

Mr Varadkar’s comments would appear to override those of a senior council official who approached the Leader during the Fine Gael leader’s visit yesterday to insist the local authority were not looking at the former bank offices.

Fine Gael Senator Micheal Carrigy welcomed those remarks, saying the vacancy left by Bank of Ireland’s departure earlier this month had provided an ideal opportunity to address some of the north Longford town’s longest standing problems.

“We have had serious parking issues in the town that we have been looking at for a long number of years and I think that and the adjacent site of the old Hourican’s Hotel is an opportunity for the local authority to maybe take them into ownership and solve that traffic problem but also making office space available in the town,” he said.