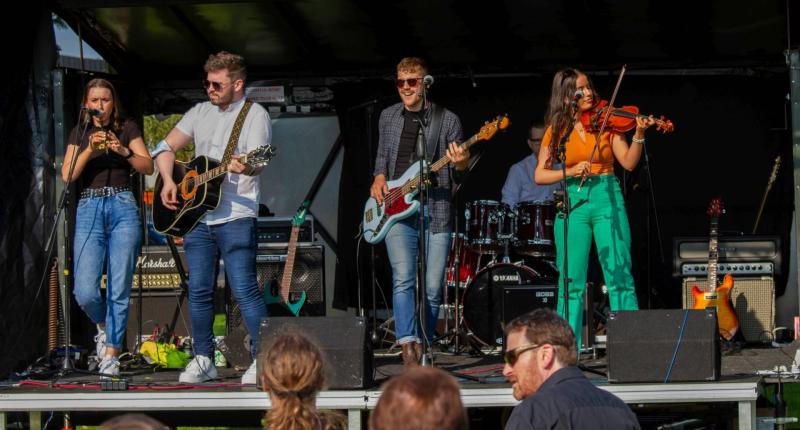 Longford County Council is delighted to be able to confirm that 119 local musicians were supported back on-stage by the Longford Live and Local summer outdoor performance programme.

The programme was developed by project coordinator Shane Crossan of Republic of Culture and directed by the Arts Office of Longford County Council.

It could not have been delivered without the enormous support of the team in Longford County Council and individual community groups.

Its success can be measured by the number of artists, musicians, crews and other staff members employed, entertaining over 5,890 people during its run from 9 July to 18 September 2021.

Events were held in almost every town and village across the county. In the end, there were 49 live music shows, with just four weather related cancellations.

While a festival of this scale would seem unachievable in the most normal of times, this line-up was delivered in compliance with COVID-19 public health guidelines after a pre-production period of just three weeks, and the programme was delivered safely with no injuries or incidents reported throughout.

“To think that Longford County Council hosted more live music events outside of Dublin in July and August, than any other county in Ireland is fantastic. The talent we have here, and the quality was second to none. I can’t wait to see what happens next year,” she said.

Chief Executive Paddy Mahon praised the safe management of the programme of events and thanked all of those who came out to support the shows; “It’s been a difficult time as people readjust to attending events and performances in person and we are delighted to have been able to provide this opportunity here in county Longford.”

Longford Live and Local also safely introduced the use of venues not commonly recognised as performance spaces and it brought live music back into the heart of local communities again, making it available to people right on their doorsteps.

The programme provided an opportunity for local bands to reform with some rekindling their love of live performance in the process and going on to book nationwide tours following their involvement in the summer outdoor performance scheme.

A visual art project celebrating the musical heritage of county Longford was also commissioned as part of the line-up and displayed at many of the events. The 3 x 1.5 metre panels are now also available for re-use in future.