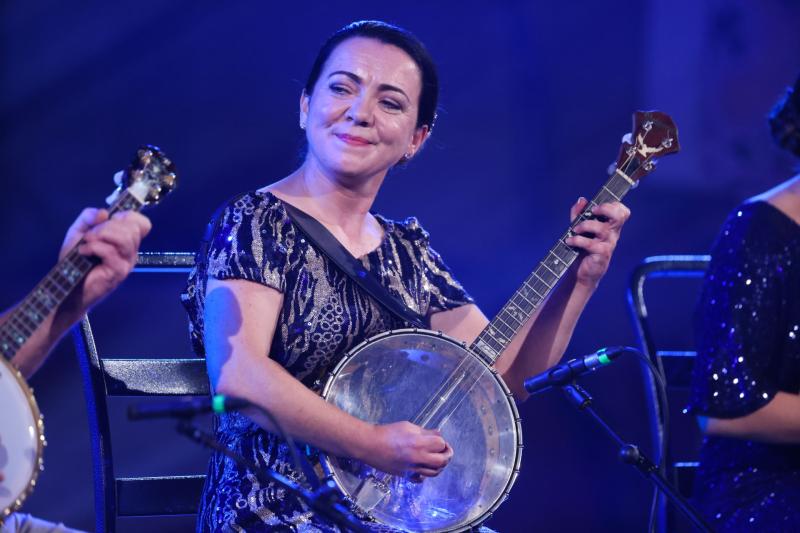 The Annual TG4 2021 Gradam Ceoil Awards pay homage to musicians who have advanced, strengthened, and preserved traditional music in Ireland.

The awards ceremony now in its 24th year, was recorded at Whitla Hall at Queens University Belfast on Sunday October 24, and will air on TG4 on Halloween night to celebrate TG4’s 25th birthday.

The 2021 Musician of the Year will be awarded to Angelina Carberry. Angelina was born in Manchester but is living in Longford since the 1990s, where her family is from.

Angelina started playing traditional music on the tin whistle, but quickly followed in the footsteps of her grandfather Kevin and took up the banjo.

Though her style echoes that of her grandfather, Kevin, who was a well-known player at Longford céilís and house dances, Angelina has developed a light-handed, sparkling touch on the banjo.

Gradam Ceoil TG4 is the premier annual traditional music awards scheme and academy.  An independent panel of adjudicators selects recipients each year.  It is not a competition.  The Gradam Ceoil recipients are presented with a specially commissioned piece by leading sculptor John Coll as well as a small stipend.

This year’s awards will be presented at the Gradam Ceoil TG4 Concert in the Whitla Hall in Queen’s University Belfast and Broadcast on TG4 and Worldwide On-Line on Halloween night at 9:30pm.