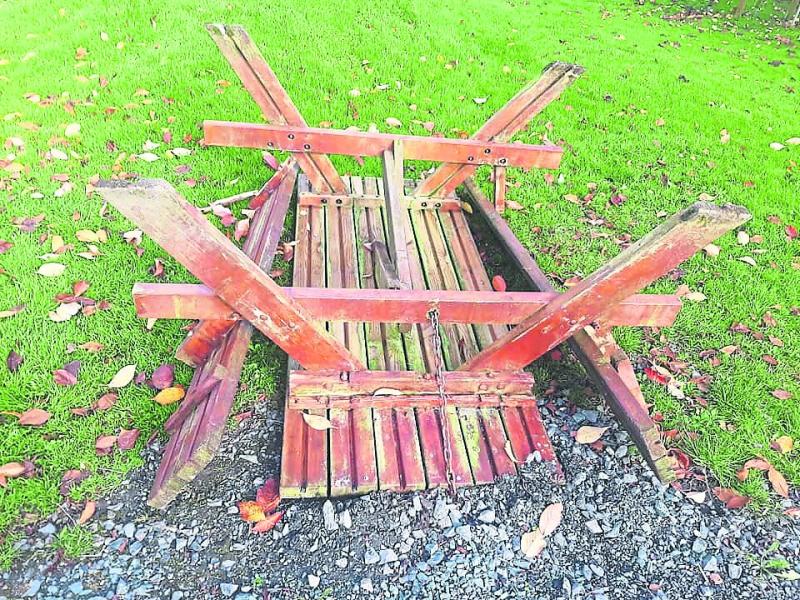 Gardaí have been asked to investigate the latest alleged attack of vandalism on a playground in Ballinalee which, at the weekend, saw play equipment destroyed and a park bench ripped from the ground.

Locals have been left enraged by the fallout atwhat is one of the north Longford village's most popular civic amenities.

Fine Gael Senator and local resident spoke of his frustration at an incident which is expected to cost several hundreds of euro to correct.

“Enough is enough,” he remarked.

“It's very disappointing as a lot of hard work and effort has gone into making the playground what it is today.”

Senator Carrigy said the damage was first reported by a local Community Employment (CE) scheme worker on Sunday morning with the incident being reported to Granard Gardaí soon after.

The Ballinalee postmaster said the events of last weekend was not the first time vandals have chosen to target the play area.

Earlier this year, a polytunnel containing various items of vegetation was allegedly slashed with a knife and set alight while a set of swings also fell foul of vandalism.

Senator Carrigy said incidents of its type were especially trying on a community which had already raised €12,500 towards the playground's development.

“There is a sensory garden that's also part of what is an important part of daily life in Ballinalee,” he said, adding the total cost of damage caused was bordering on €1,000.

“It's all quality equipment. One of the benches was handmade by a company and the polytunnel now requires new, heavy duty plastic.

“This was no six-year-old that did this. It's a complete show of disrespect and is something we, as a community, won't stand for.”