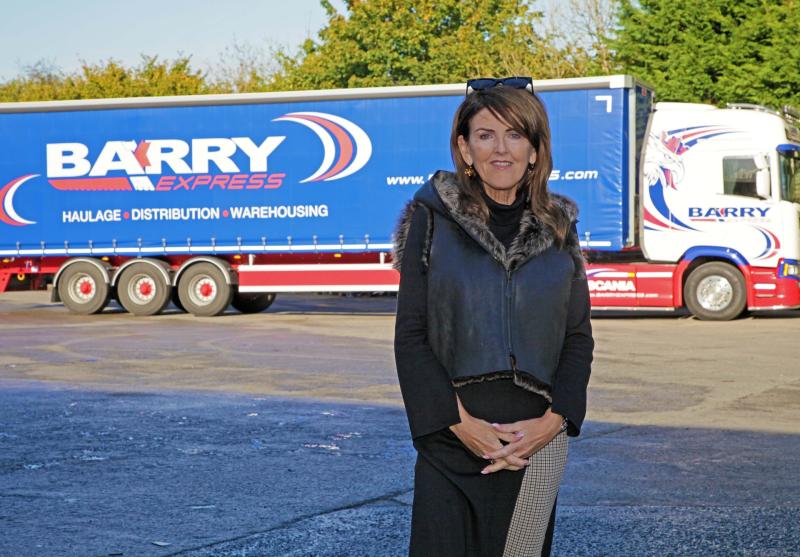 Budgetary increases announced last month which saw an extra €1.51 added to the price of a tank of diesel has seen fuel bills rise fourfold in some parts of the county.

To add to those anxieties, the deep-seated scarcity of heavy goods vehicle (HGV) drivers in the UK has led to similar headaches this side of the Irish Sea due to ever-increasing red tape barriers.

Orla Barry, of Longford-based transport company Barry Express, said the crisis facing the sector was the worst she had experienced in over thirty years.

Put simply, the rise in diesel charges has inflicted a 44 per cent increase on the Longford firm's outgoings or around €180,000 a year in additional fuel costs alone.

Orla conceded the added financial burden is one she unavoidably will have to pass onto consumers or run the risk of potentially going to the wall.

“To put that into perspective it (diesel hike) costs our company an extra €14,800 per month to run our fleet of vehicles,” she confided.

“This is not to mention the increased costs of labour, vehicles, tyres, and maintenance of our fleet.”

Orla bemoaned recent comments made by Finance Minister Paschal Donohoe which intimated fuel price increases are here to stay as Ireland looks to become a carbon-neutral country by 2050.

She said increased obstacles placed in front of would-be drivers have scared many aspiring, young HGV operators into other fields of employment, leaving companies like Orla with an ageing workforce and an almost daily battle to procure new personnel.

“Is it any wonder that when you open Facebook, Instagram, trucker sites, newspapers and job sites that there are hundreds of vacancies for drivers when they have to jump through all these hoops in order to even consider becoming one?” Orla questioned.

Those uncertainties are ones that have likewise been aired to government bosses by a raft of key stakeholder groups.

Back in July, the Irish Road Haulage Association (IRHA) warned Hildegarde Naughton, Minister of State at the Department of Transport of how the shortage of lorry drivers nationwide has now become “so serious” that it represented a significant challenge to the effective distribution of goods both domestically and internationally.

“Think about this, a medical intern can be your doctor in a hospital before being fully qualified, albeit they are part of a team as are all drivers, yet the qualified truck driver can't drive a truck without two years experience, but how can he or she get that experience?”

Orla called on government leaders to “wake up and smell the coffee” or face the prospect of asking an already hard-pressed taxpayer to underpin a sector that's already trying to withstand the fallout from Brexit.

“The Government must act before we start experiencing the same problems as with the UK, like bringing drivers out of retirement in order to make deliveries and training the army to deliver goods,” she contended.

“The result of this is the transport cost of goods and services are going to escalate to the consumer.

“The cost of HGV vehicles and trailers are now escalating at an alarming rate due to the shortage of semiconductors, steel, and other commodities.

“If that wasn't enough, new vehicles are not being produced and lead-in times (to purchase new lorries) are up to and over 18 months.

“Where is it all going to end? The mind boggles.”