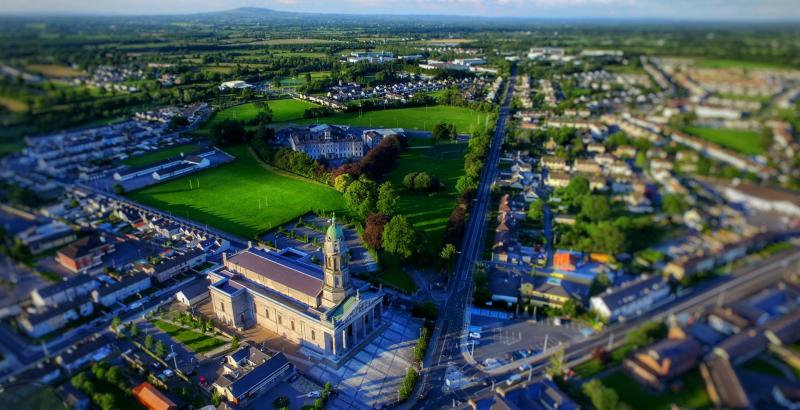 Longford’s day at the top of the Irish Businesses Against Litter rankings is “not far off” according to Cathaoirleach of Longford County Council Peggy Nolan, thanks to the “civic-minded people” who “take pride in their county”.

Longford returned to the top ten cleanest towns in Ireland in the first post-lockdown survey by IBAL. Last January, having failed to attain clean status, there was disappointment for Longford town as it slipped to the 25th in the IBAL litter league rankings.

Now, ranking at number 10, it seems Longford is well on its way to becoming one of the cleanest towns in Ireland.

“There is a Pakman award given annually and this year Longford is the only local authority to be nominated for that award.

“The Environmental Department picked up, throughout lockdown, 35 tonnes of litter. Shame on those who discard litter like that. We’re back in the top ten now and I’m blown away by the civic-minded people of Longford who are out morning, noon and night picking up litter. There are people in this county who believe in their county and make a difference. As a county, we are totally indebted to those people.

“As Cathaoirleach, I’m more than delighted to see we’re back in the top ten. Would I have loved to have seen us in the top two or the top one? Yes. But, as they say, our day will come and, with the civic-minded people taking pride in our county, that day is not far off.”

The An Taisce report for Longford town, a previous winner of the cleanest town accolade, stated: “A welcome bounce back for Longford after a period in the doldrums. Over half of the sites surveyed received the top litter grade and there were no seriously littered sites. All approach roads were top-ranking, as was New Street and the Bring Facility by Peplo / Dealz.”

Portlaoise emerged as the cleanest town in this latest survey. The study found no fall-off in PPE litter across the country.

The number of areas deemed clean by An Taisce, who carry out the survey on behalf of IBAL, rose from 17 to 23. In all, 68% of towns showed an improvement on last year.

By contrast, the majority of urban areas fared worse than in 2020, among them Dublin, Cork and Limerick City Centres, which were all deemed ‘littered’.

The study showed a near-30% increase in the prevalence of PPE masks on our streets and an increase in alcohol-related litter such as cans and bottles.