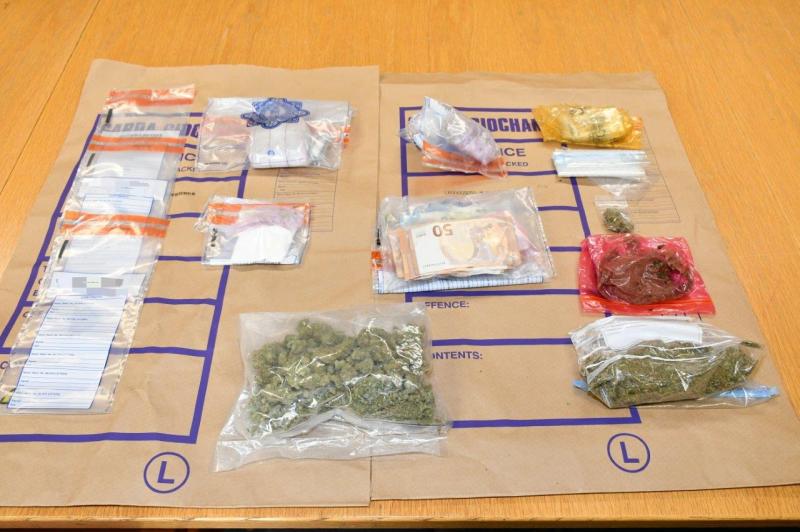 Gardaí have arrested a man and a woman following the seizure of more than €18,000 in cash, cocaine and cannabis herb in Longford.

Gardaí in Longford Division held a day of action under Operation Tara, and shortly before 7am this Friday morning Gardaí attached to Longford Garda Station supported by the Community Policing Unit, the Western Region Armed Support Unit, the Garda Dog Unit, The Divisional Scenes of Crime Unit, The Divisional Drugs Unit and the District Detective Unit executed search warrants at four properties in Longford town.

During the course of these searches a quantity of suspected cocaine worth €2,800, suspected cannabis worth €3,900 and €11,550 worth of cash was seized from three properties.

A man in his early thirties has been arrested in connection with money laundering offences and is currently detained at Longford Garda Station.

While separately a woman in her early 30s has been arrested in connection with drug related offences and is currently being detained in Longford Garda Station.

Today's action is a community policing lead initiative in collaboration with the Roscommon Longford Divisional Drugs unit and forms part of an ongoing operation against the sale and supply of illegal drugs in Longford.