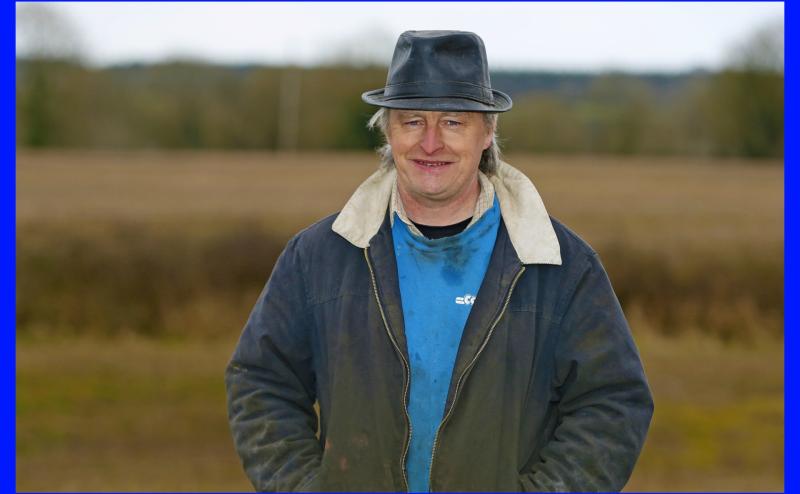 A father of four was tragically killed when a tractor plough he was undertaking maintenance work on collapsed on him after its hydraulics system failed.

John Harte, Aughnavalley, Colehill had just returned from a check up in Dublin’s Beaumont Hospital when tragedy struck on May 28 last year.

His distraught wife, Maura, found Mr Harte trapped under the plough after going in search of her husband to ask him what he wanted for dinner.

She spoke of how she “froze” as she saw the experienced farmer laying prostrate on the ground with the tractor still running shortly after 6:30pm.

Mrs Harte raised the alarm by flagging down a passing tractor which happened to being driven by her nephew, John Kenny.

At an inquest last week, Mr Kenny said he ran over to his uncle’s tractor, moved it forward and lifted the plough off the 56-year-old.

Mr Kenny, together with another man, dashed to a nearby church and returned with a defibrillator minutes later while his sister Bríd arrived to undertake CPR on Mr Harte.

Despite their best efforts and those of ambulance personnel who arrived around 15 minutes later, Mr Harte was pronounced dead shortly before 9pm.

A health and safety investigation carried out in the aftermath of the tragedy found Mr Harte had been attempting to replace shears on his 41 year old tractor when the plough collapsed on him.

HSA inspector Manus Tiernan told the inquest Mr Harte would have raised the plough using the tractor’s hydraulics and then got underneath the plough to carry out maintenance work.

He said it was the authority’s finding that faults linked to the tractor’s hydraulics system allied to the absence of an axle stand or similar support to hold the plough’s weight resulted in Mr Harte becoming trapped and pinned to the ground.

He said internal leakage and “freeplay” had been uncovered within the tractor’s hydraulics compartment which caused it to “drop a heavy implement” in a relatively short period of time.

Mr Tiernan told County Coroner Dr Niall Donohoe a number of tools, including a spanner and other items were found close to Mr Harte’s body which the Longford farmer had been using in his attempts to replace the plough’s shears.

Mr Tiernan said an examination on the tractor found that the machine was in need of repair but said after the completion of a case file, no prosecution under health and safety legislation was deemed necessary.

“To remove the plough shear Mr Harte had to get below the level of the raised plough body,” he said.

“Evidently he lay on the ground to access the nuts holding the worn shear point.”

Mr Tiernan said due to flaws with the tractor’s hydraulics, it was not able to return the plough to its original position and ultimately trapped Mr Harte under its weight.

“The evidence shows that Mr Harte got trapped under the descending plough for some reason and was not able to get clear of the plough in time,” he said.

“Once caught under the descending plough, the hydraulics could not lower enough to activate a raised function and lift the plough enough to provide space and time for escape, thus trapping Mr Harte underneath.”

The inquest heard the tractor had since been sold on, but a HSA prohibition was issued directing its new owner to rectify the vehicle’s hydraulics before getting behind its wheel.

A verdict of accidental death was recorded by Dr Donohoe at last Thursday’s inquest with extended sympathies being extended to the Harte family on the tragic loss of the much admired and respected south Longford farmer.

The late Mr Harte is survived by his wife Maura (née Kenny) and daughters Marie, Sarah, Clare and Edel; his daughters’ partners Andrew, John and Tom; his brothers Brendan, Kevin, Dermot, Michael, Paul; his sisters Helen, Anne, Geraldine Cullen and Mary Morrissey along with a wide circle of extended family, friends and neighbours.