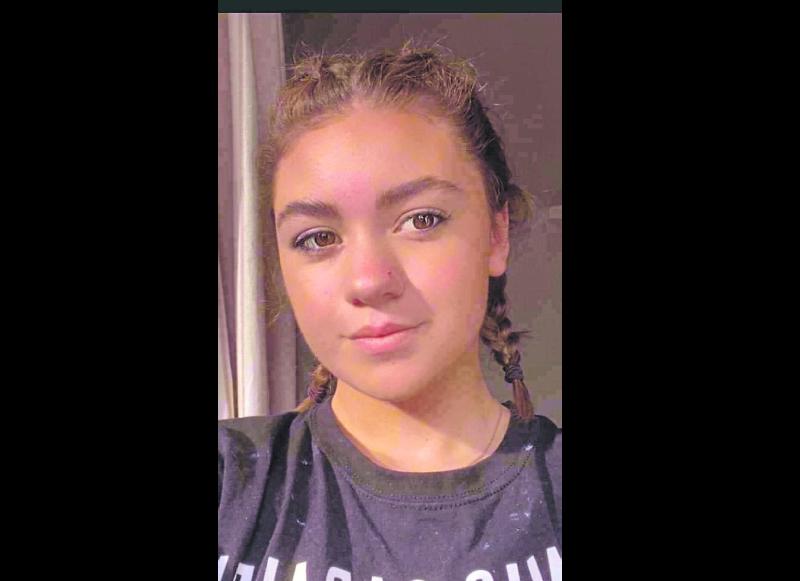 The father of a sixteen year old Longford schoolgirl who died suddenly last week has paid a glowing tribute to his “once in a lifetime” daughter.

Derek Sheridan was addressing a stony silent St Brigid’s Church in Ardagh on Monday as he poignantly remembered his youngest daughter, Leah.

Friends and schoolmates of Leah joined dozens more in lining both sides of the roadway as a hearse carrying a purple and white coloured coffin made its way up to the 19th century church.

Inside, mourners were told to remember a daughter, a sister, a friend and a character who brought unbridled joy and compassion to all who crossed her path.

Fr Declan Shannon said Leah's funeral mass was not the correct forum in which to assess the teenager's untimely passing, but rather a time in which to celebrate a “larger than life” figure whose legacy would forever be etched in the hearts and minds of all who knew her.

“We have not gathered in this church in Ardagh to judge Leah Sheridan by how she died,” he said.

“The way we die is no measure of who we are, it's the bits in between that matter and that best define who we are.”

Fr Shannon spoke of a young girl whose personality would “fill an entire room” and of a sister who was idolised by her fellow siblings Aoife and Ryan.

He said his many conversations with her heartbroken parents had enlightened him about a daughter who was as benevolent as she was charismatic.

“Leah Sheridan may not have lived long and she surely died too soon but she did pack a lot of living into her all too short life,” he said.

Symbols indicative of the affable teenager's outgoing persona were brought to the altar, among which included a mobile phone, make-up and a microphone.

It was, according to Leah's heartbroken father Derek, the measure of a girl who had everything to live for.

Taking to the pulpit, Derek drew laughter aplenty when deciding to pen his daughter's eulogy inside her own Transition Year diary because “there was nothing else in it”.

In paying tribute to Leah's sporting prowess in the fields of badminton and with her local GAA club ,St Brigid's, Ardagh, Derek told of how his daughter's genorosity knew no bounds.

“Leah always and I mean always put everyone else first.

“You didn't need money in this girl's company, hers was for everyone,” he said, while fondly remembering his “very own little Shirley Temple”.

And, in a touching plea to his daughter's grief-stricken friends, Derek implored Leah's peers to ensure her memory lived on.

“Please, please let her forever be in your stories,” he asked.

“Mind each other now guys and I promise to you Leah will look over you forever.

“We all love you Leah Sheridan, sleep tight my angel.”

The late Leah Sheridan was laid to rest in Newtownforbes Cemetery.