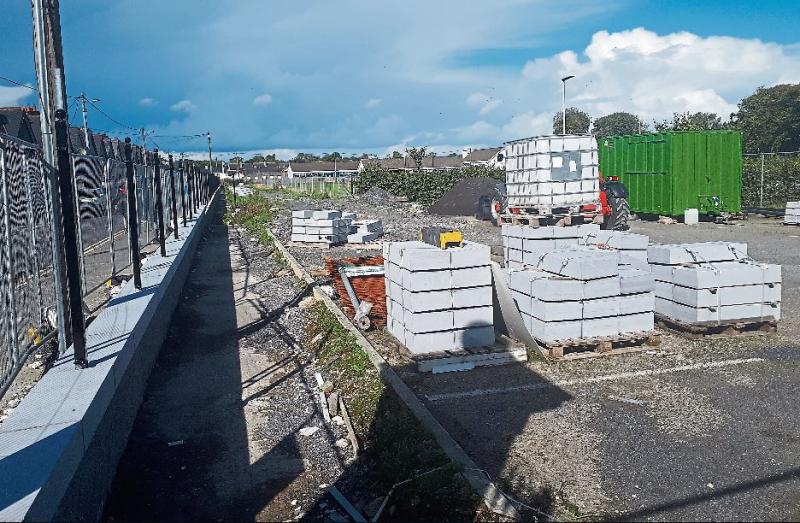 Work on removing a stone wall along St Mel's Road and replacing it with a steel type railing in a bid to provide an open vista feel onto St Mel's College has been beset by repeated setbacks.

“We all have faced materials shortages, but at this stage the job should be well on,” he said.

She said she could relate to the concerns of local residents.

“I want to complement the people of St Mel's Road for putting up with all of this,” she told last week's monthly municipal district meeting.

Independent Cllr Gerry Warnock concurred, but qualified those remarks by claiming the project which is now underway could and possibly should have incorporated a more extensive schedule of works.

“It's probably a missed opportunity in the sense of how we could have looked at maybe widening the road, but it is what it is,” he said.

Director of Services John Brannigan said while delays concerning the St Mel's Road redesign were “regrettable”, it was his belief the resumption of works were imminent.