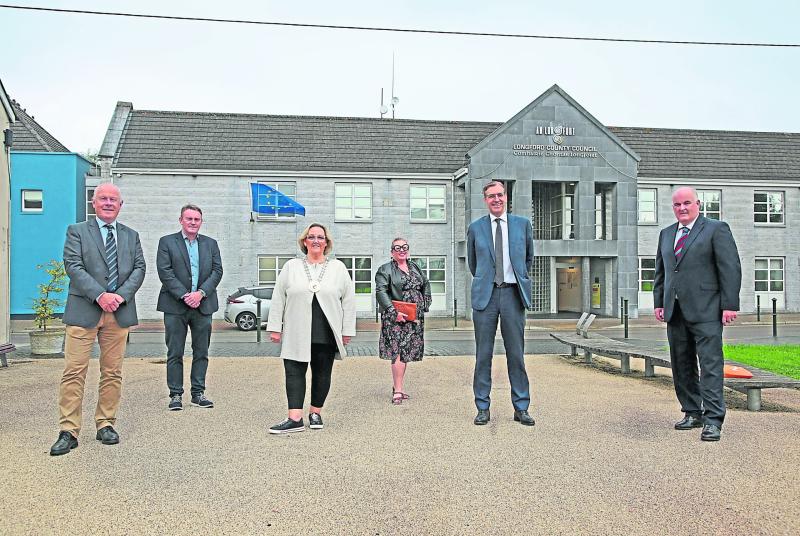 He can speak six different languages and, on his first official visit to Longford last week, Dutch Ambassador to Ireland Adriaan Palm was very much fluent in the county's burgeoning tourism potential.

The 56-year-old cut an upbeat figure as he sampled the sightseeing appeals of Longford and Leitrim in what was his first foray outside Dublin since last December.

In more formal terms, the visit was part of a broader engagement process that the embassy has been undertaking to expand its reach to all regions of Ireland in the midst of ongoing Brexit concerns.

Not that the former strategic policy advisor with the Department of Foreign Affairs was anxious to hammer home such convulated diplomatic rhetoric, preferring instead to keep affairs laid-back and geared towards more of a fact finding mission.

“What has struck a chord with me is the vitality of the municipalities, the willingness of people to make something out of it for the future and the opportunities that people see for hybrid working,” he said, ahead of a leisurely cycle with County Council chief executive Paddy Mahon along the banks of the Royal Canal.

In true conciliatory fashion, Mr Palm said while comparisons can be made between counties like Longford and his native homeland, there was still plenty of room for both regions to take in and learn from.

Standing at well over 6 ft, the Dutch Ambassador's references to how both countries' difficulties with housing and climate challenges were well made as he towered over a firmly engrossed media at Clondra's Richmond Harbour last Friday.

“There's a lot on cycling that will excite people both in Ireland and the Netherlands,” he said, in alluding to the increasing craze that has seen Longford steadily expand its cycleways and greenways.

“And there is a lot of opportunities to bring people in and to stimulate people to live a healthier lifestyle.”

But as has been one of the hallmarks of a glittering international relations career spanning almost three decades, Mr Palm was astute enough to talk up the need for continued and sustained tourism diversification.

“Cycling itself may not be the solution as you need an integrated vision on cycling,” he said.

“And you also have to have other activities along with cycling. There are opportunities here (in Longford) and that's what we discussed with the county council and businesspeople, how you can lift things up and increase opportunities for tourism in the area and learn from each other.”

That sense of learning and transnational shared consensus was not lost on the Dutch embassy chief.

Neither was his inexorable stance on UK Prime Minister Boris Johnson's threats to deviate from its Brexit deal with the EU.

“Britain has come up with its proposals and we, as an EU, have been very clear as to where our red lines are,” he said.

“ The red line for us is what we signed, what we have agreed to should be implemented.

“It is also one of the reasons why I came here to Longford and Leitrim.

“It is the last border area I haven't visited and, for me, it is crucial to feel what it means to have a Brexit and how it impacts peoples lives.”

Assessing that fallout was one Mr Palm was keen to observe during visits to VDA coffee shop in Longford town ahead of talks with local politicians and a whistlestop visit to St Mel's Cathedral.

“They (VDA coffee) opened up in the middle of Covid,” he said.

“That's what we need and that's the kind of entrepreneurial spirit I love seeing.”

Longford may still be in pandemic recovery mode, but for Ireland's Dutch Ambassador, its economic renaissance is already starting to take shape.