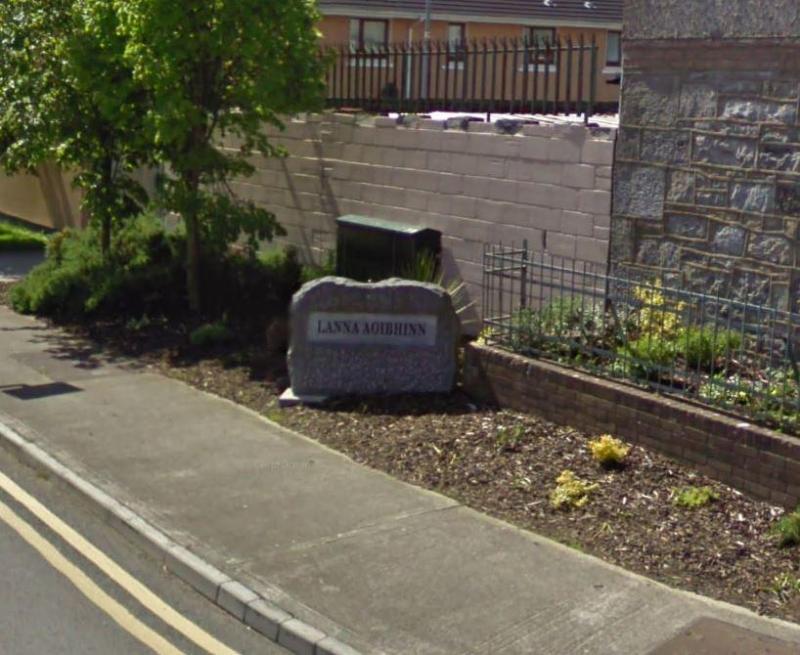 A mother of four has told a court how she “saw blank” when she broke the window of another woman's house in Longford town.

Lisa Nevin (34) 16 Annally Gardens, Longford was arrested by gardaí following an incident at Lana Aoibhinn after allegedly breaking the window of a house with a hurley.

Those alleged actions caused €600 worth of damage with Ms Nevin being also charged with engaging in threatening and abusive behaviour.

Three members of her immediate family, including her 68-year-old mother Christine were subsequently arrested and charged with public order offences during what was termed in court as “extremely volatile”.

Ms Nevin said she took matters into her own hands in the aftermath of seeing her own premises being allegedly “broken up” in the days leading up to the incident.

“I saw blank,” she told Judge Seamus Hughes, claiming she, herself, had been the victim of an assault earlier in the day.

“They were throwing bottles out at us,” she remarked.

“They had glass bottles, beans, every weapon they had and she was roaring out at me: 'I was with your husband' and that: 'He doesn’t want you.'”

The court heard Ms Nevin's mother and two other members of her close family had travelled from Mullingar to bring the accused and her four kids to the Co Westmeath town when the alleged incident unfolded.

Asked by Judge Hughes if she had lodged a formal complaint with gardaí following the damage which was allegedly caused to her own property, Ms Nevin said for “the moment” she hadn't as she was focusing on tending to the needs of her four schoolgoing children.

In making those assertions, she also spoke of her own health problems.

“I was in intensive care for two days and that doesn’t excuse my actions but I am not well and I was attacked by these two outside my house and the fact she was roaring she was with him (husband) and things like that, I saw blank.

“I am not a violent person but I saw blank. I didn’t even know the guards were beside me, I didn’t recognise anybody. She was saying horrible things to me and she had weapons as well.”

She also said she was unaware as to her husband's whereabouts, adding her own family had come to her aid on the day upon learning about the alleged damage which had been caused to her property.

“They were bringing me home back to Mullingar because I had no home,” she said.

“I was in a very bad situation. It was the first day of school, the house was demolished and broken up.”

The court also heard from Ms Nevin's mother and pensioner, Christine Nevin who insisted she “would walk out into the Shannon” for her daughter.

Judge Hughes asked Ms Nevin why she had been spotted holding vice grips during the course of the row and whether she would “take the head off” her daughter's husband in light of the alleged extra marital claims which had been made in court.

“If you had a hurley in your hand, would you take the head off him?” Judge Hughes pondered.

“ I wouldn’t be that violent. But if two people attacked your child, wouldn’t you roar after taking the turn that she did take?”

Investigating officer, Garda Keith O'Brien said had the other alleged parties involved in the dispute been observed hurling obscenities at the Nevins in a public place, similar charges would have been brought against them.

The one extenuating factor which prevented such a scenario from occurring was the fact they were inside their place of residence at the time, the court heard.

“To be fair if the other party were on the street they would be in the same situation as these are because we would have had the powers of arrest,” he said.

Garda O'Brien did, nonetheless, reveal there was certain semblance of authenticity to what Ms Nevin and her family were alleging.

“Unfortunately it doesn’t forgive them for what they did but there is truth behind it,” he told Judge Hughes.

“I am investigating the damage to Ms Nevin’s house and will be before the courts in October.

“When we were processing the prisoner for that, we (gardaí) got the call to this and it happened directly in front of us.”

Sgt Mark Mahon. for the State, said perhaps the most suitable option open to the court was the prospect of ensuring all four women were bound to the peace in order to prevent any similar occurrences from happening in the future.

In giving his approval to those suggestions, Judge Hughes said he would only do so on the basis the quartet provided a cash bond of €250 each.

“I haven’t got 200 pence,” shouted Ms Nevin, when the stipulation was put to her and which led Judge Hughes to state he would be sending her to prison for a month on that basis.

Following a brief exchange involving their solicitor Bríd Mimnagh, all four agreed with the court's order.

Each of the accused were remanded on continuing bail and are due to reappear at a sitting of Longford District Court on October 12.

It's at that stage the four women will be expected to be asked to sign a bond, binding them to the peace for two years.