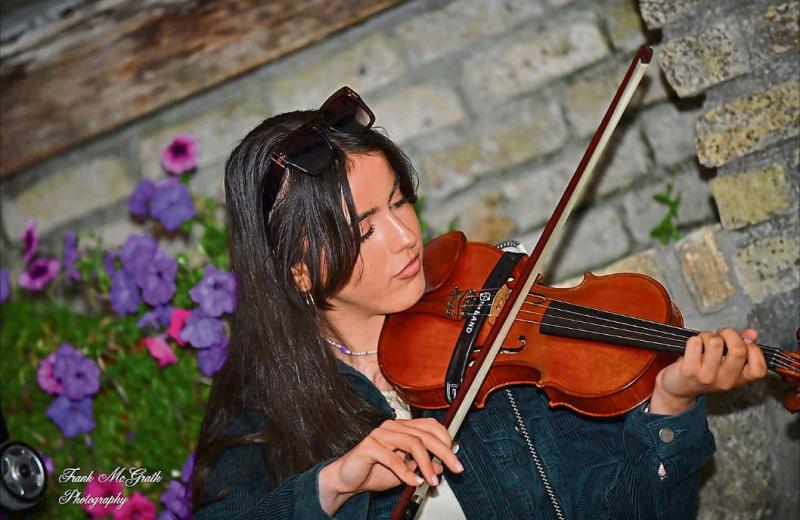 The theme of this year’s National culture night was ‘Come Together Again’ clearly referencing the recent scaling back of Covid-19 public health restrictions and the desire of a nation to re-connect and celebrate.

And celebrate they did. Over 1,000 people attended events for Culture Night in multiple locations across county Longford.

Culture Night in County Longford was funded by the Arts Council in partnership with Longford County Council Arts Office and coordinated by Republic of Culture Ltd.

Culture Night / Oíche Chultúir is described as a national moment, celebrating all that makes up the richness and diversity of Culture in Ireland today, connecting people to cultural activities locally and nationally.

The movement also aims to open up pathways to ongoing engagement and while Connolly Barracks may have seen its first African Carnival there on Friday night – it would seem that it will certainly not be the last.

Some 400 people bobbed and swayed to the African groove, with Longford town “born and bred” artists like ND+ thrilling the crowd with their home-grown numbers.

Ama Millieir was another hit performer before Genesis “The Lion” came on stage to perform two songs, before introducing his father, the headline act: Daddy Showkey who arrived on wheels, complements of Longford Vintage Club.

In his first ever Irish performance, the veteran Nigerian star had the crowd singing and dancing from the word go and promised that this first African Carnival would be the start of a bigger and better African Irish festival for Longford.
The culture didn’t stop there.

Hundreds of other music lovers were treated to Longford’s musical talent in the classical genre at a special Culture Night concert staged in the hauntingly beautiful surrounds of St Mel’s Cathedral.

Elsewhere in the south of the county, a pleasant evening was had and Sound Harvest in Jolly Boy’s Restaurant in Ballymahon, while the Maria Edgeworth Centre proved to be the attraction of the night in Edgeworthstown with live music performance to entertain those viewing the exhibits.

While Coffee House 45 also hosted The Pen and Ink in Longford town with Longford Writers Group, an art installation was also unveiled at Granard Library. “In Between Breakdowns” is the work of Mullinalaghta based artist Tommie Cunningham. Punters there were treated to a live session by Strad and the John Dungan CCE Branch.

Longford County Council would like to thank everyone who supported the Culture Night events in any way, whether it was hosting activities or attending them.