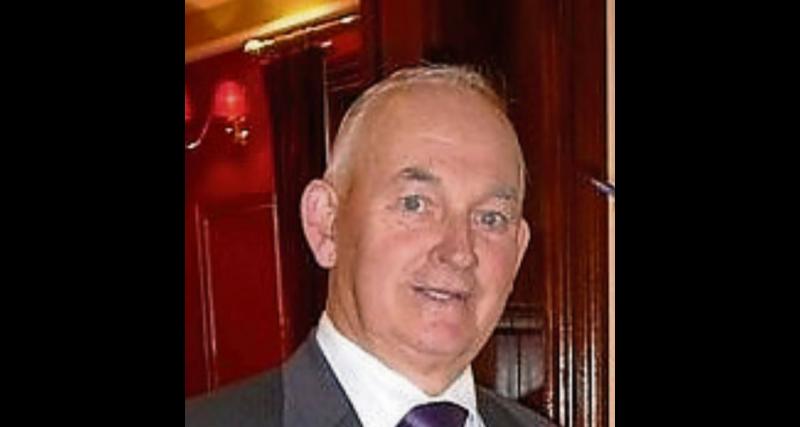 Many tributes have been paid to highly respected Longford army captain and Colmcille GAA stalwart, the late Dan Mulligan, who died peacefully, on Saturday, September 11 in the care of the nursing staff at Cavan General Hospital.

Dan of Rossduff, Aughnacliffe, Longford, celebrated his 81st birthday in July of this year and he made an immense contribution to the green and red of Colmcille, serving the club in an array of capacities from underage to senior level. He held the roles of President, Chairperson and Secretary and his advice was respected and much sought after.

‘Dan The Man’, as he was fondly known, indeed, featured on the front page of the Longford Leader in 1994 ahead of the county senior football final. Dan was Colmcille GFC Club Chairperson that year and he was pictured in his office at Connolly Barracks as part of the big match preview. Colmcille lost out in the final to Longford Slashers by 1-11 to 2-11.

An active member of Colmcille club executive for decades, ‘Dan The Man’ never shirked a challenge and always rolled up his sleeves for the good of the club, whether that was making tea and sandwiches, marking the pitches, sorting gear for training and matches, washing and stitching jerseys, and ensuring the club kit was in perfect condition.

Colmcille ladies club remembered Dan as a ‘great GAA man in the parish and a lovely jovial presence at Fr McGee Park over the years’.

Colmcille GFC, in a Facebook tribute, said ‘Dan The Man’ was there for the development of Fr McGee Park and was very proud of the green and red.

The tribute continued, “Dan supported every fundraiser the club had, he was our built-in caretaker. Dan attended all matches from schoolboy up to senior and knew who had the makings of a good footballer if they got a chance at playing in a certain position his passion for the GAA and our club is known widely throughout the community.

“Dan spoke from the heart in matters relating to the club and no job couldn't be done if it was for the better of St Colmcilles club.

“Colmcille GAA greatly appreciates the stalwart that Dan was in our club and indeed the legacy he left behind of passion and drive in the many generations of players and executive members.”

Paying tribute they recalled, “Dan was posted to B Company 17th Battalion on October 18, 1959, and he was commissioned in January 1963. He was a crack shot with the Gustaf SMG, and during the sixties he represented the Company and Battalion at the All-Army.

“In the early seventies he was called up to full time security in Connolly Barracks, he became a familiar figure to all. Most weeks he performed three duties, with patrols coming and going at all hours of the day and night - this was an onerous task to say the least.

“Dan carried out his duty in a cheerful, easy going manner, nothing fazed him. In 1988, with others of the security troop, he joined the army full-time. From that time up to his retirement in the late nineties he was ever present.

“Dan was always a pleasant easy going friendly individual who will be sadly missed by all that worked with him down through the years. To his family, relatives, friends and Military Comrades we offer our sincere sympathy at this difficult time.”

Dan was President of the Longford Fianna Fáil Comhairle Dail Ceanntair and a former member of Longford Co Council in the early 1970s, and Deputy Joe Flaherty said he was greatly saddened to learn of Dan’s death.

Extending sympathy to Dan’s family, Deputy Flaherty remarked, “From a proud Republican tradition, Dan was a devoted community activist and a staunch GAA man. He was happiest in North Longford – whether t’was out on the land in Rossduff or keeping things in order at his beloved Fr Phil McGee Park in Aughnacliffe.

“Much of his adult life was spent in service to the state and he was posted to B Company 17th Battalion on October 18, 1959 and later commissioned in January 1963. Capt Mulligan was a popular figure at Connolly Barracks and rightly took great pride in his decorated career with Oglaigh na hEireann.”

He lay in repose at Finnegan's Funeral Home, Cavan, on Sunday, September 12, from 5-7pm. Removal took place from the funeral home on Monday. September 13 to arrive at St Colmcille's Church, Aughnacliffe for 12 noon funeral Mass followed by burial in the adjoining cemetery.